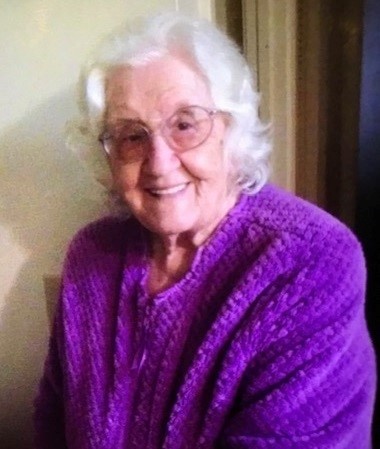 EDMONTON – Aubie Ethel Gearlds, age 98, passed away Saturday, January 5, 2019, at T.J. Samson Community Hospital in Glasgow. Born in Burkesville, Kentucky she was the daughter of the late Walter and Vina Hulse Muse.  Mrs. Gearlds was a homemaker and of the Pentecostal faith.

Besides her parents, she was preceded in death by her husband, Bill Gearlds and five children: Ray, Donnie, Ervin, Barry, and Wayne Gearlds; and two grandchildren: David Compton and Riley Bunch.

Cremation was chosen and a private memorial service will be held at a later date. Butler Funeral Home is in charge of arrangements.