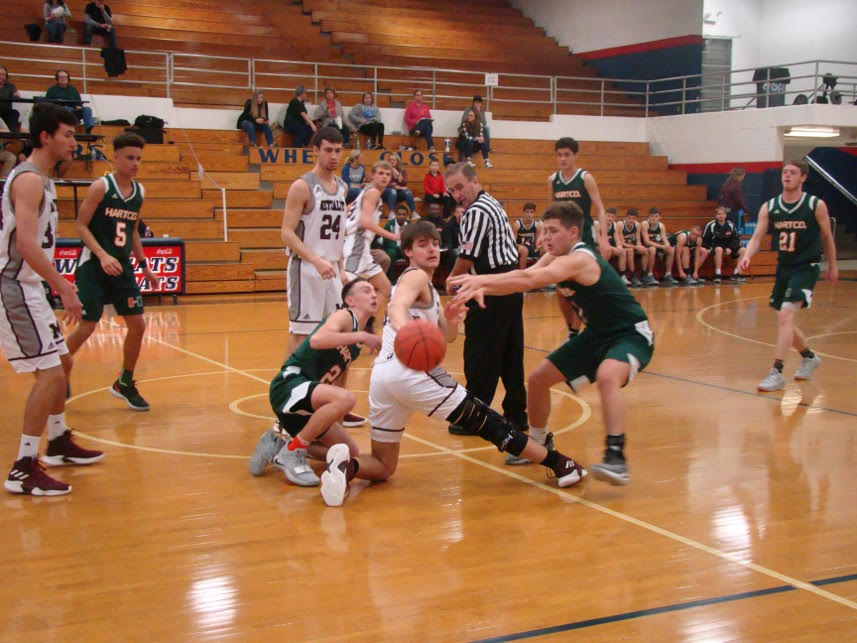 Tyler London, Boston Devore, and Tanner Moss were all recipients of player of the game honors during the Caveland Classic.

In the final contest, the Hornets opened a lead early and maintained a double-digit lead in the second half despite several Hart County short-term runs. Coach Brandon Brockman said after the game that the key was playing good defense in the first and third quarters.

“I felt like we really sat down and guarded in the first and third quarters,” said Brockman. “And we boxed out too, but we had a chance in the second quarter to get a double-digit lead and we didn’t defend as well plus they made a couple of really good shots. Hats off to Hart County, they made some shots when they had too, and they are a good team-well coached.”

Brockman also noted the Riders were without one of their best players-John Shoulders. Hart County defeated Metcalfe 86-70 in their first match-up this season.

Brockman praised the efforts of Moss for receiving the player of the game for the “complete” game he played in all phases of basketball. “He did all the little things,” said Brockman. “He played well on offense (six points), rebounded, and shared the ball well. He played well on defense and came out in the second half and made some key stops, just a great all-around game.”

Metcalfe led 13-5 after three straight 3-point baskets by Devore, London, and Peyton Dial. Hart County called a timeout and pulled within 19-11 in the next two minutes.

Devore help maintain the lead by scoring six straight points (four in the first quarter and two more points at the opening of the second period) to hold a 24-18 lead. London increased the lead by three points when he drove inside, made the bucket and the free throw after the Raiders fouled him on the play. Braxton Davis connected on a 3-point shot from the wing to push the lead to 32-20. With a minute and 49 seconds remaining in the first half, Trevor Fields gave the Hornets a 36-26 lead. Fields connected for two points again with just 40 seconds left for back-to-back baskets, 38-26.

Fields made a sweet assist to London and Moss swished a jump shot for a 49-32 lead. Hart County guard Trevor Blair banked one off the glass for the Raiders. Blair received the player of the game for the Raiders.

Moss scored two baskets on the next two Hornets possessions for a 60-43 Metcalfe lead. Moss fed London on a nice give-in-go to open the fourth period. Devore pushed the lead to 68-48, the biggest of the game after he made two from the charity stripe. Devin Roten got the Hart County fans on their feet with an uncontested dunk when the Hornet defense got sloppy, 68-54.

Brockman is pleased with the teams’ overall play but knows they have hard work in front of them. He said he has been preaching “good shooting” from the line. “When we shoot 70 percent from the line-we win those games,” he added. “When we dropped below (70%) we lost.”

After the game, he praised London for his play in the entire tourney citing his shooting and rebounding. Brockman also praised the play of Devore, Moss, and Fields for the tournament.

“We had a slow start against Grayson, but we bounced back, and I am proud of the way the guys responded,” Brockman concluded. “We came out with a lot of fight and showed a lot of character. When we defend and share the basketball, we are a good basketball team.”

“We do not always do that,” Brockman added quickly while smiling. “We are capable of defending and sharing the ball-that’s the key to how we need to play the rest of the season. We need to figure that all out and if we do-we will be tough to beat.” 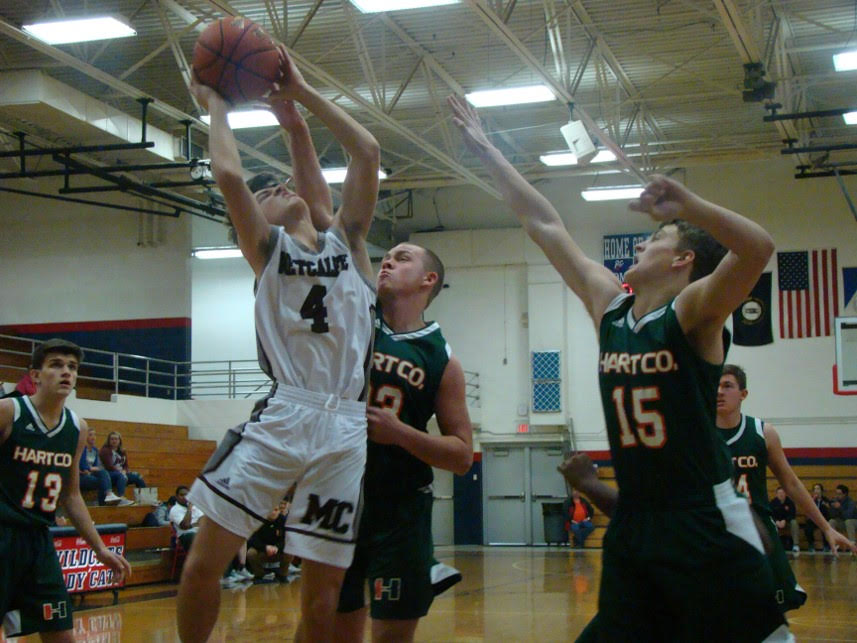