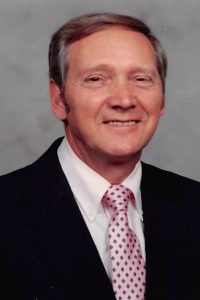 Thomas Clayton Mesker, 78, of Glasgow, entered Heaven on Friday, December 28, 2018 at the NHC Healthcare facility in Glasgow. He was born May 13, 1940, the son of the late Riley Mesker and Laura Pitcock Mesker. Tom married Brenda Wilson Mesker, on June 12, 1992. He retired from KY Pants after 30 years and was saved in April of 1992 and later became a member of Rolling Hills Baptist Church.

In addition to his parents he is preceded by a son, Tommy Mesker and some siblings.

Funeral services were 2:00pm Tuesday January 1, 2019, at the A.F. Crow & Son Funeral Home with burial in the Glasgow Municipal Cemetery. Visitation was Monday from 3:00pm until 8:00pm and on Tuesday until time for services at the funeral home.