Thursday afternoon the official elected to both county and city positions, including the new Mayor and County Judge/ Executive, were sworn in. A crowd gathered to witness the event, the fruits of a the November general election. 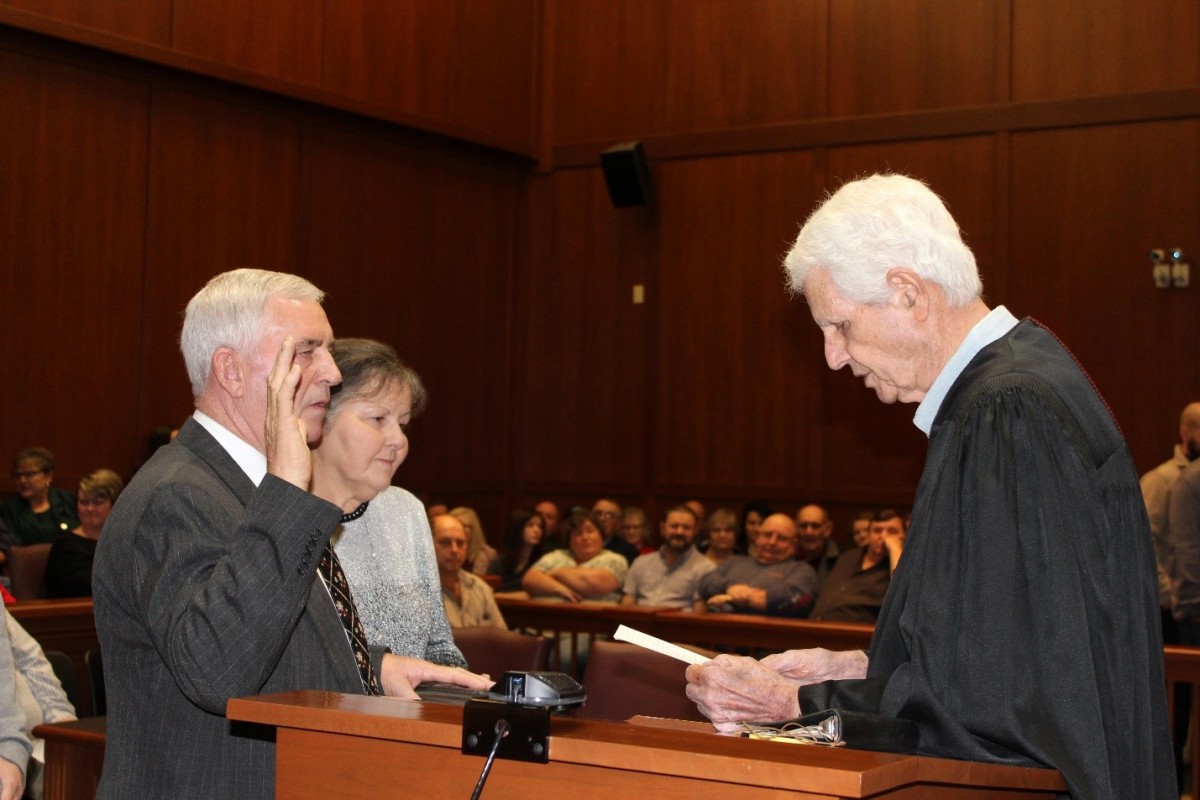 Judge Tom Emberton swearing in Metcalfe County Judge/Executive Harold Stilts. He was accompanies by his wife, Patricia and their family.  PJ Martin/The Herald-News 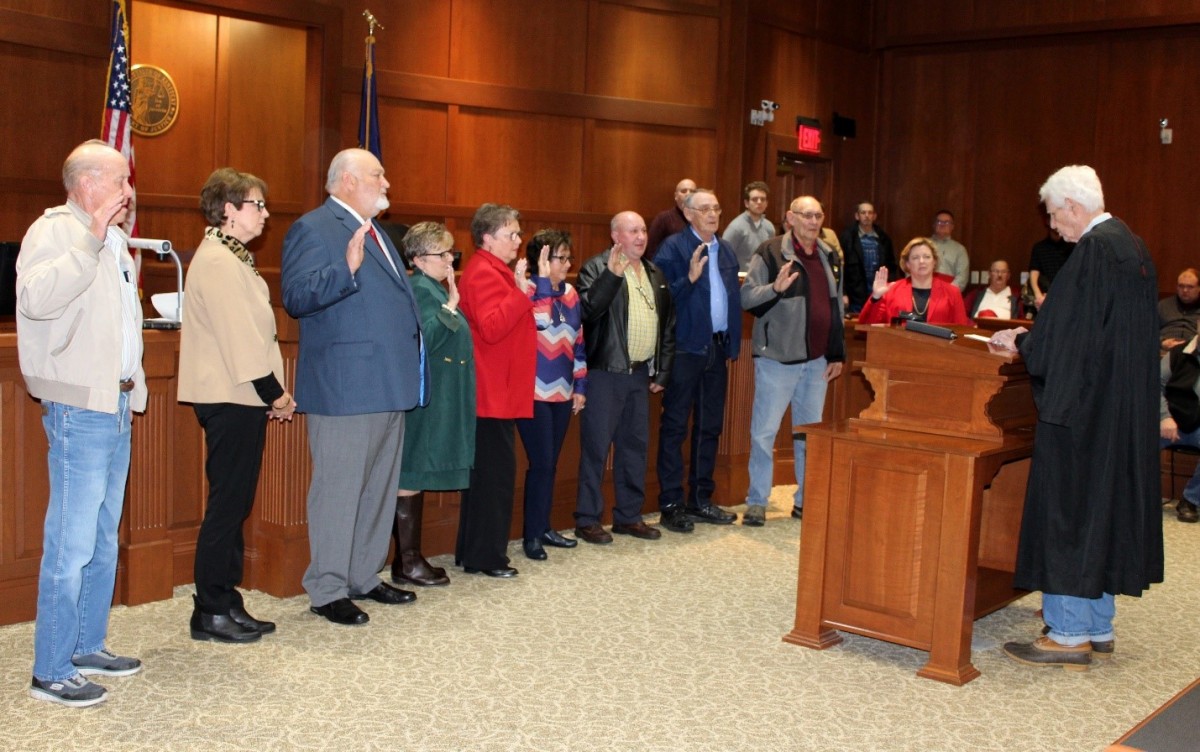 Those newly elected to city offices were sworn in as a group by Judge Emberton.  PJ Martin/The Herald-News

Those newly elected and those returning to county offices were also sworn in as a group by Judge Emberton. Those unable to attend will be sworn in at their convenience before taking office.  PJ Martin/The Herald-News