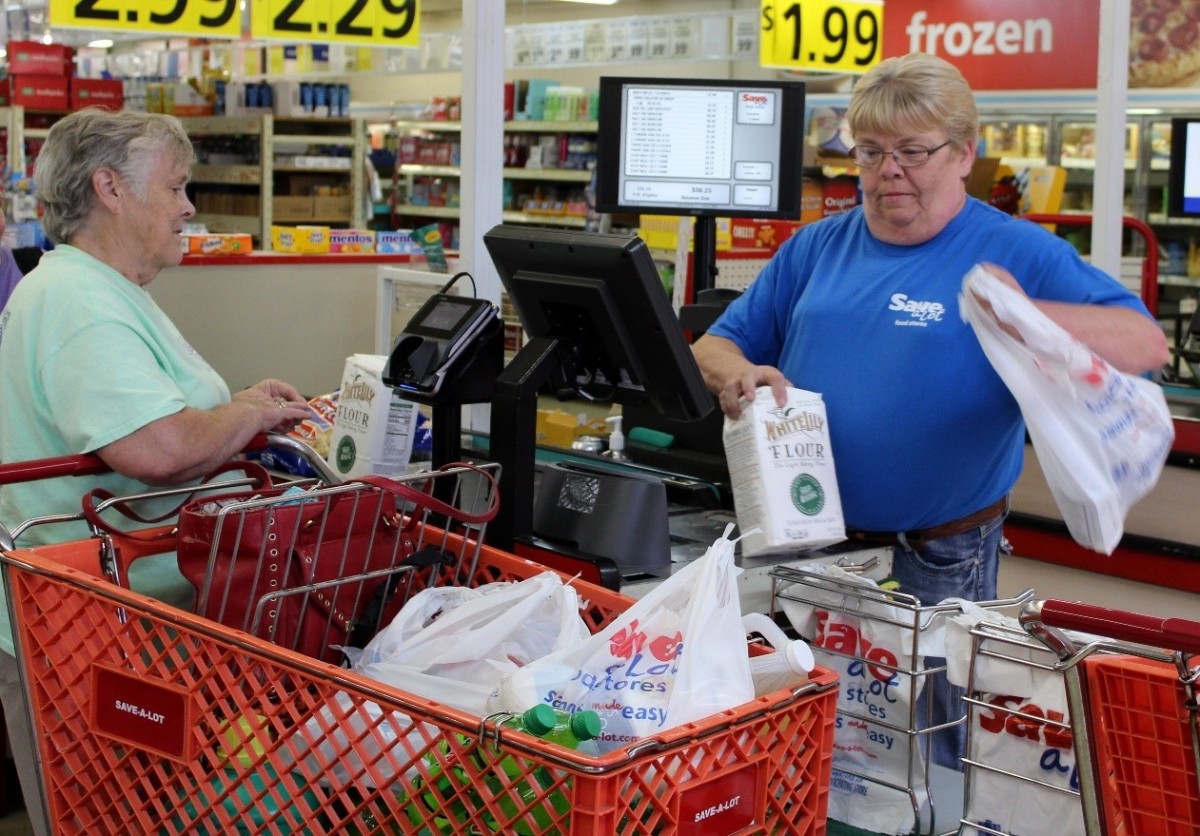 January – The year started off white with a measurable snowfall within the first couple of weeks, resulting in a brief break from school. January also saw the beginning of the sidewalk project, which wouldn’t be completed until the end of August. A Transportation Alternative Program Grant (TAP Grant) was received to replace the sidewalks around the historic courthouse. The historical society was consulted to make sure it was historically accurate and handicap accessibility to the war memorial and sidewalks were added.

The Edmonton City Council began 2018 by entering into an agreement with American Engineers, Inc. (AEI) of Glasgow to assess and create hazard mitigation options for the Dunham Lake Dam Rehabilitation Project.

February – Metcalfe County School administrators joined thousands of school districts across the nation in combating possible threats to school students and personnel after tragic events occurred in Marshall County, Kentucky, and Parkland, Florida. The school system hosted a community-wide discussion concerning school safety at the Metcalfe County Middle School auditorium. As a result, several safety procedures were updated and added at each school.

March – A rather ‘stinky’ accident occurred on a section of Highway 68 between the A.H. Boston Road and the Demon Martin Road. A truck traveling from the Cumberland Ag Group rendering facility was carrying waste animal materials when unknown to the driver the tailgate loosened spilling the waste onto a 1.6-mile section of highway. The trucking company immediately sent workers to the scene to clean-up, treat, and pressure wash the entire section of roadway. 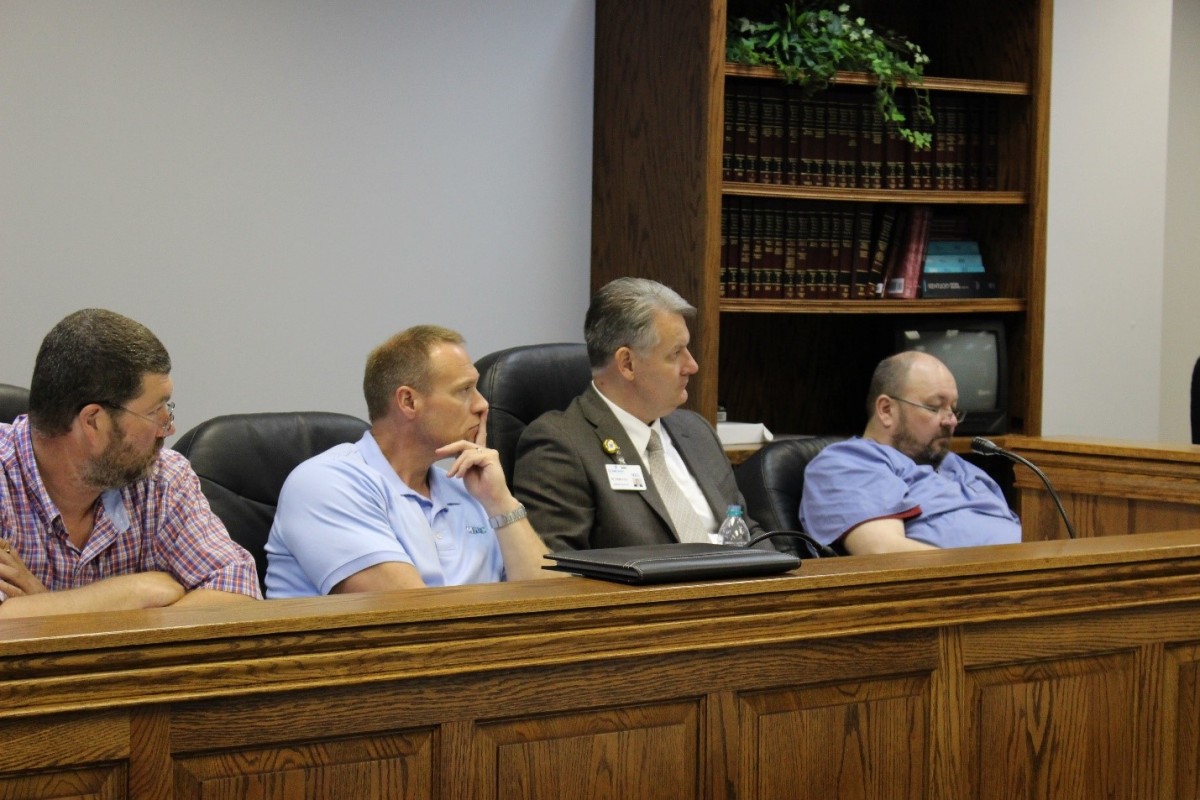 April – The Barren – Metcalfe Ambulance Service Board of Directors met to discuss the large contribution rate increases to the County Employees Retirement System (CERS) set to take effect in July. Also in question were the current cost-sharing percentages of 30 – Glasgow, 30 – Barren County, 20 – Metcalfe County, and 20 – TJ Samson when compared to the financing of each.

The Times Journal, Inc. officially became part of Jobe Publishing, Inc. on April 1st. The Times Journal was established on October 13, 1949, by Andrew and Terry Norfleet and the office is located at 120 Wilson Street in Russell Springs, Kentucky.

May – A new West Edmonton voting precinct was opened for 2018 elections making it less crowded at the historic courthouse. The gymnasium at the Edmonton Worship Center is handicap accessible and offers voters more parking space.

The Primary Election saw a 41% turn out with lots of candidates to choose from. A total of 42 people filed for the various positions including Judge/Executive, Sheriff, and Jailer.

After serving as the chairman of the Edmonton Metcalfe County Industrial Development Board since the early 90s, County Attorney Barry Gilley resigned. Newly appointed to the board were Ronnie Smith, Rick Hope, and Eric Eskridge. Matt Gallagher later replaced Eskridge.

Sumitomo Electric Wiring system, Inc. (SEWS) was awarded the Kentucky Governor’s Health and Safety Award for working 3,828,563 hours without a lost time accident as of 12/31/17. They continued the safety record and achieved the 4,000,000 hour mark in April.

The little community of Summer Shade held its first Founders Day celebration with food, music, and the (unofficial) election of Mayor Harmon Milam.

June – The 20th Annual Relay for Life collected a total of $36,377 for the American Cancer Society. Cancer survivors, Ruth Butler, and Lorene Savage spoke of their struggles with cancer and gave hope and encouragement to those in attendance.

The Metcalfe County School system announced the hiring of a new Athletic Director Matt Shirley after the retirement of Peter DiStefano who had been director since 2015.

The Metcalfe County fair seemed to be making a comeback after several years of hardship. This year saw such favorites as the beauty pageants, western horse show, pet show, rodeo, and floral hall exhibits, but perhaps the most attended event was the KOTTPA Truck and Tractor Pull.

July –Edmonton lost a prominent business in July. Save-a-Lot closed its doors abruptly after serving the community since 1983.

Clint Graham was chosen as the new Metcalfe County High School principal after Kelly Bell resigned after serving for eight years. Graham and his family made the move from Green County. 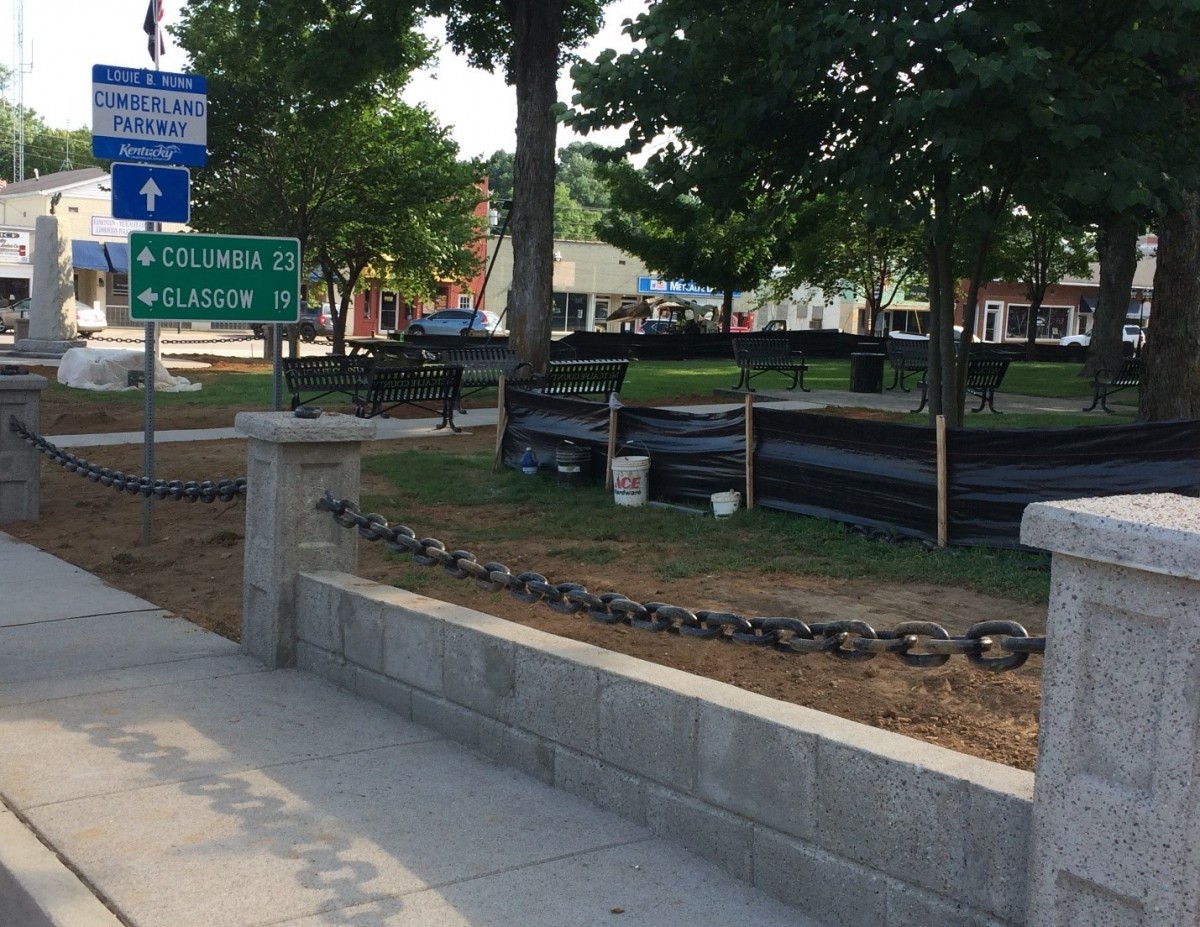 The new sidewalks with vintage looking columns and heavy chain were completed just in time for the Bicentennial celebration. PJ Martin/The Herald-News

August was a month of annual celebrations. This year’s Sulphur Well Homecoming did not disappoint. The tradition enduring over 150 years drew a crowd with games, a car show, and the popular duck race. Held on the same weekend was the 3rd annual Cabin Creek festival, which raised money to help the North Metcalfe Fire Department.

Branstetter Park held its 92nd annual Festival and Homecoming with a weekend of local musicians, gospel music, games, and a community church service.

Metcalfe County teen Mallory Russell competed at the American Quarter Horse Youth Association (AQHYA) World Championship where she placed 5th in the Stake Rand finished 11th in Level II Barrels from a group of more than 3,000 entries in 74 disciplines. 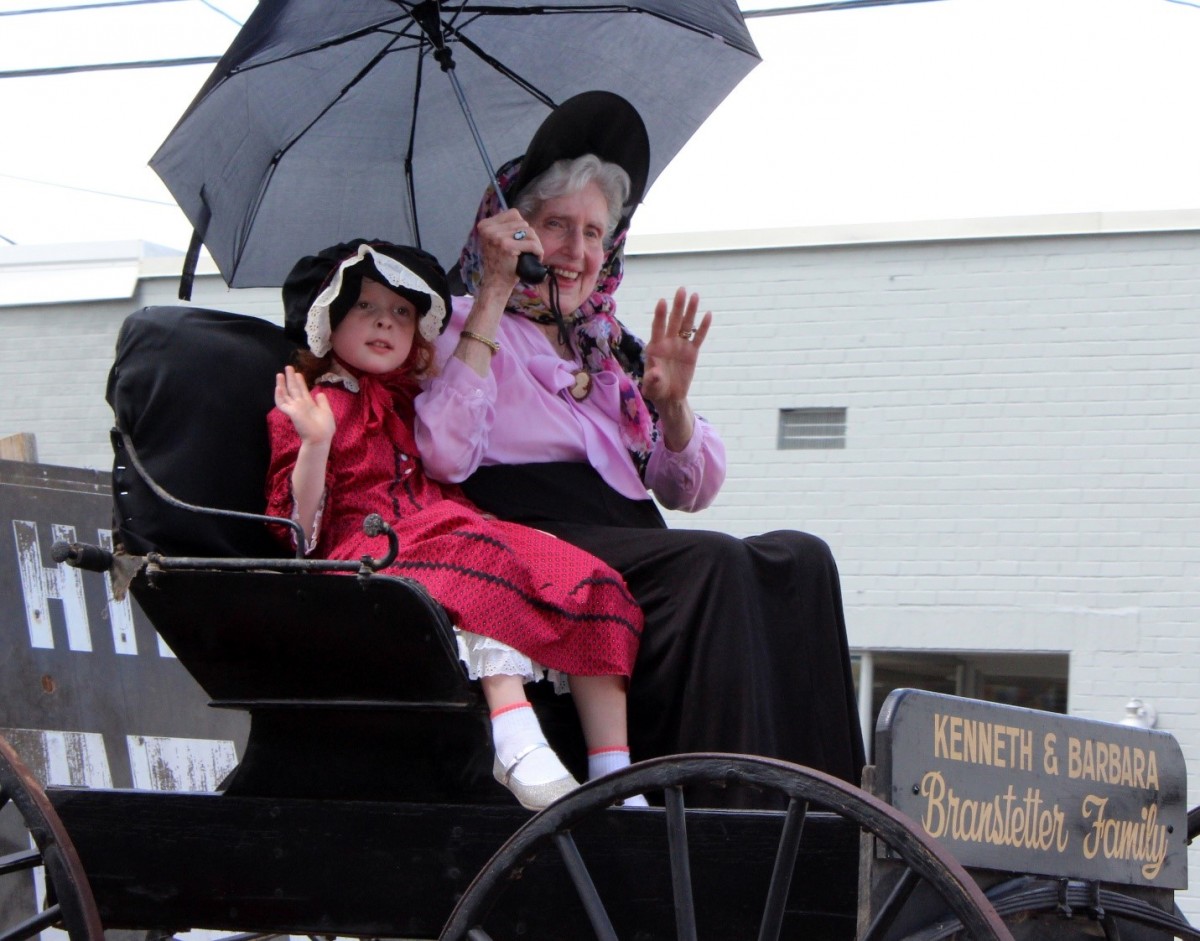 Barbara Branstetter and her granddaughter Neelie Anna Milligan dressed in period clothing and rode in a buggy for the Bicentennial parade. PJ Martin/The Herald-News

September – After months of planning, Edmonton celebrated its 200th year (Bicentennial) with three days full of events. The celebration opened on September 7th with a speech by Attorney Ben Rogers, 5th generation grandson of Edmund Rogers followed by a huge parade. Saturday continued with old-fashioned festivities and contests all day and an amazing concert was held on the square featuring (among others) Metcalfe’s very own Kentucky Headhunters. A community church service wrapped up the events on Sunday the 9th. 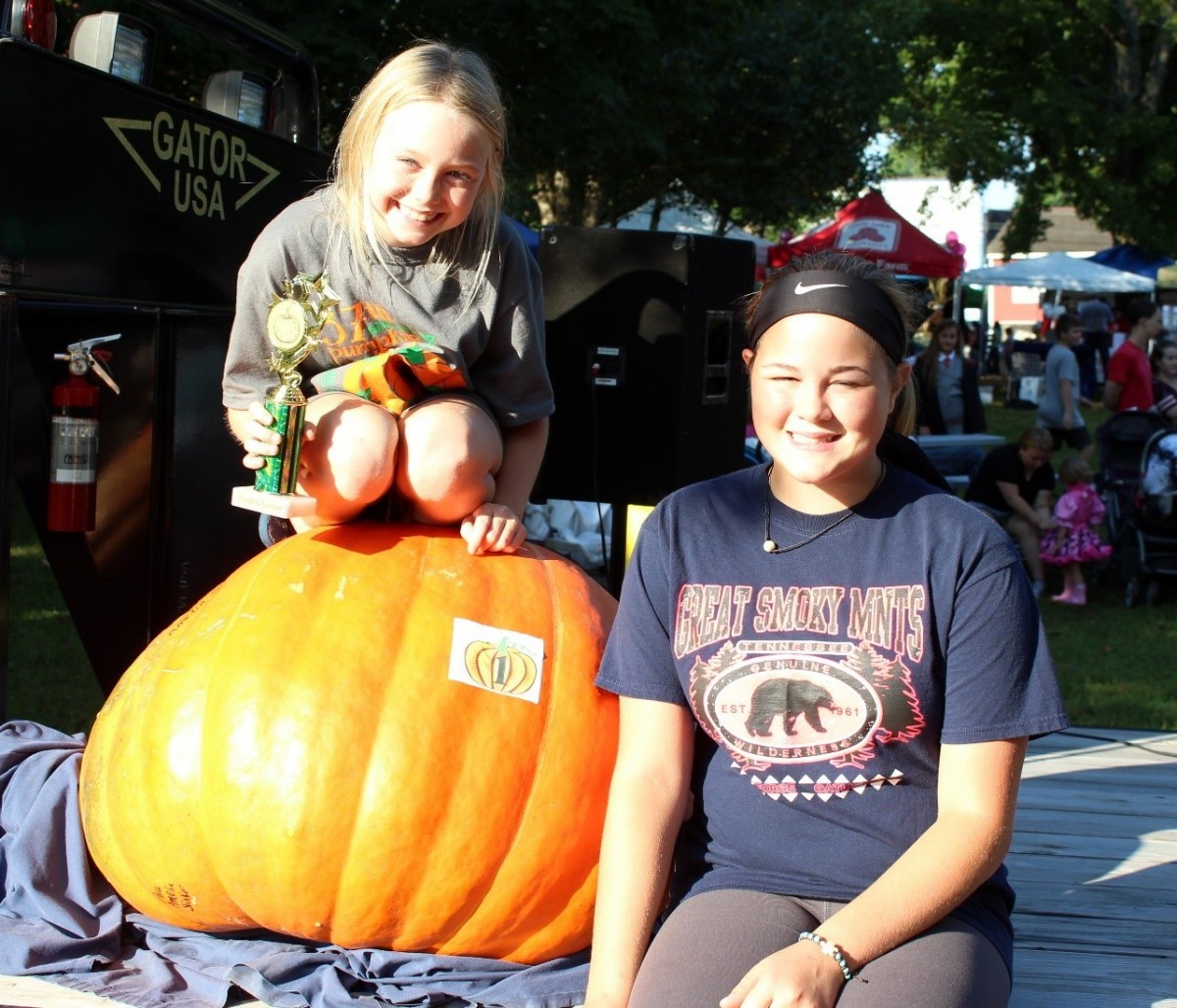 October – The 37th annual Pumpkin Festival gathered a huge crowd with every (first time ever) vendor booth occupied. New this year was a city ordinance allowing the use of golf carts and ATVs on city streets, which made it very handy for traveling between the festival and the parking lots. 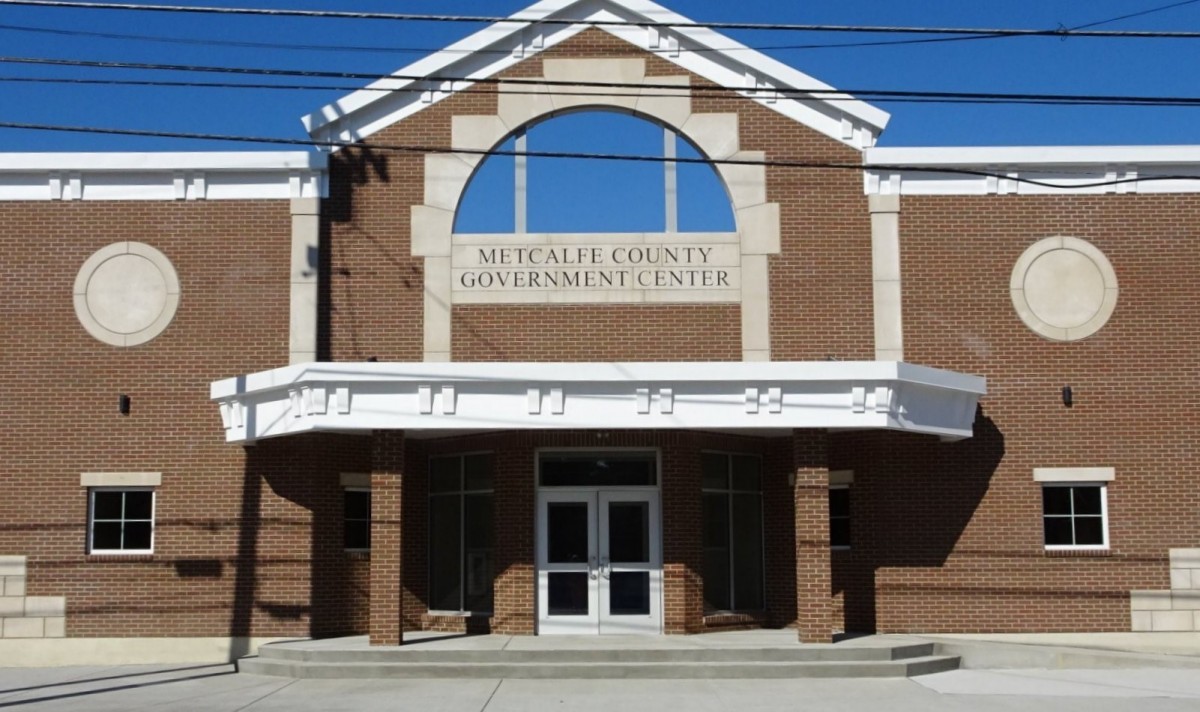 November brought the general election results (at long last) after months of campaigning. The hefty 57.94 percent voter turnout attested to just how important this election was. There were a lot of changes voted in with a new sheriff, jailer, judge, and three magistrates. The city of Edmonton got a new mayor and three new city council members,

The county honored its veterans at several events and the VFW Post 6281 awarded Cassady London winner of the Patriots Pen essay contest. Also awarded was Elena Bonets as The Voice of Democracy winner.

December – The Bicentennial theme “A Bicentennial Christmas” was carried over to the Christmas parade on December 8th with Miss Edmonton Bicentennial winners, Laura Linkous, Graci Tucker, and Jozie Allen as Grand Marshals. Thankfully the icy weather held off until after the parade.

Many children who grew up in Metcalfe County remember and love the bookmobile and after 39 years of service as the bookmobile librarian, June Huffman retired. A retirement reception was held in her honor on December 14th at the library. 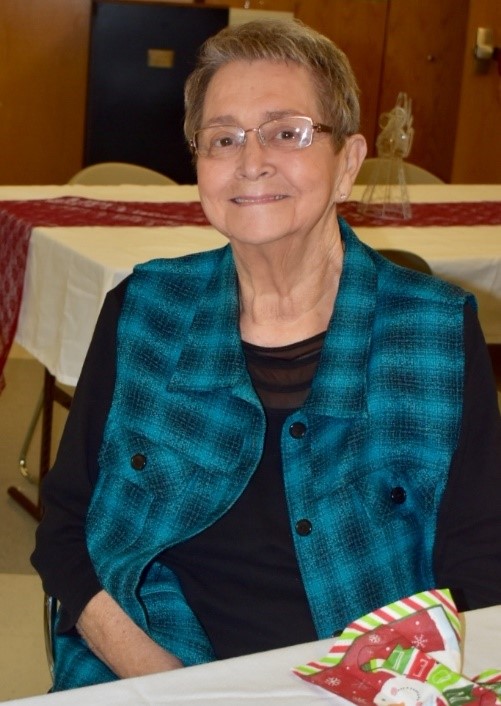