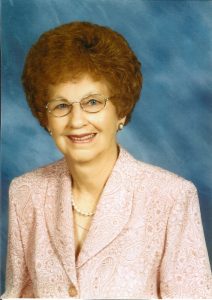 EDMONTON – Lavonne Anderson, age 90, departed this life on Wednesday, December 26, 2018, at Metcalfe Healthcare Center. She was the daughter of the late Evin Shirley and Gladys Kidd Shirley. Mrs. Anderson was a toll attendant and of the Baptist faith.

Besides her parents, she was preceded in death by her husband, Stanley Anderson and a brother, Alton Shirley.