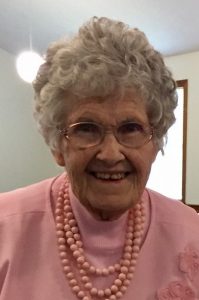 Eurie Edith Gooden, 88, of Cave City, died Tuesday December 25, 2018 at the NHC Healthcare facility in Glasgow. She was born in Barren County, the last daughter of ten children, to the late Marvin and Martha Sprowls Walden. She was a homemaker and member of the Rolling Hills United Baptist Church.

In addition to her parents she is preceded in death by six brothers, Oscar, Harlan, Robert, Charlie, Bedford and Carl Walden; three sisters, Ruth Dickerson, Doshia Emmitt and Mamie Bartley.