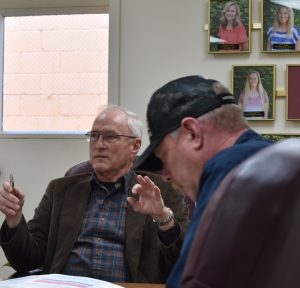 On Monday, December 17th the Industrial Development Board met. Once again the proposed barrel making facility, Pennington Stave and Cooperage, was the main topic of discussion.

“Since the last time we met things have come a long way with the information flow,” said Board Chairperson, Bill Lytle.

The agenda indicated that Chad Pennington has accepted the terms offered by the Industrial Development Board. It also stated that since the board met for a special called meeting at the end of November, the board talked to Gordon Garrett of the Kentucky Small Business Development Center, who developed a business plan for Pennington Stave and Cooperage, and Norvin Raque, the equipment manufacturer.

Mr. Pennington was joined at the meeting by Doug Beard, a retired Global Strategic M&E Manager for Brown-Forman Corporation. Mr. Beard is being retained in a consulting role by Pennington Stave and Cooperage to offer insight into the spirits and wine industry, including cooperage operations. He shared documents with the group, highlighting by state and region, the many thousands of craft distilleries and wine operations which require barrels for aging their products.

He also presented an article about a 130-million-dollar distillery which will begin construction during 2019 in Lebanon, KY, for Diageo Corporation.  This reflects the commitment that companies are making to meet the expanding needs of wine and spirits on a global basis. Mr. Beard indicated that this is a strong example of the need for additional stave and cooperage operations to meet the supply chain needs of a growing segment of American industry.

“The bottom line is they need more barrels. In my estimation, the barrel making operations that exist cannot keep up with the supply,” he said.

Although Pennington has agreed to the board’s terms, and they have accepted Pennington’s offer, the deal will not be finalized until after the first of the year.

The reason for the delay is a lack of legal counsel.

“We need to seek legal counsel. Let me rephrase that. We need an attorney to help us get through the paperwork to make this agreement,” Lytle said.

“We need to keep an open dialogue so that we can move forward. Dragging our feet is the last thing we want to do,” said Pennington.

Most of the items on the agenda were discussed. However, the second to last line item on the agenda, which read “SEWS interest in the South Industrial Park” was not discussed.

Board member Matt Gallagher questioned that particular line item saying, “Why are we going to talk about Sumitomo, and this property if we’ve accepted an offer?”

Lytle indicated that he did not wish to discuss the matter of Sumitomo with the press present and suggested that he would just talk with board members later.

However, Mayor Garrett was quick to say, “We can’t do that. That’s not legal.”

A discussion held with two members present would be a quorum, making it a private meeting between a select number of members.

Lytle proposed that the Industrial Development Board plan to hold a special called meeting on January 7th to sort out the details in closed session. 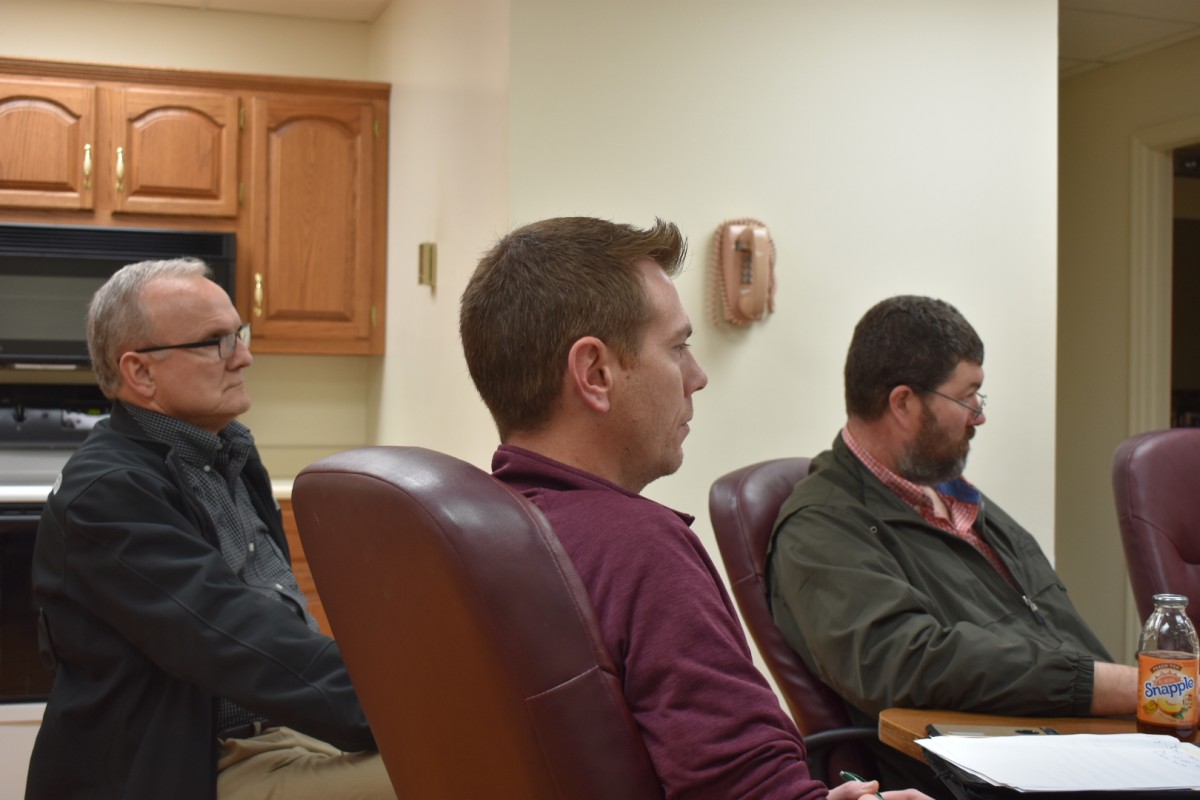 Pennington, center, along with Mayor Garrett and Judge/Executive Wilson.