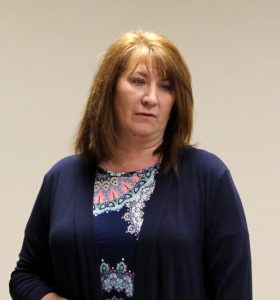 The Metcalfe County Sheriff’s 2019 budget was the main topic at the December 11th fiscal court meeting.

The budget was presented by the Sheriff’s office manager Lynn Lunz, who stated that “It is basically a mimic of last years except we did add a little bit for the uniforms for the new officer that will be coming in and we did adjust some of the salaries. We don’t really know who’s coming in and who’s going so it’s just kind of a ballpark figure. We didn’t want to put ourselves in a position where we would go over next year so we wanted to go ahead and try to get that done.”

County Treasurer Vickie Stephens questioned Lunz about the budgets receipt item of $50,000 from the fiscal court and pointed out that the court actually gave the office $83,000 last year. To those in attendance Stephens explained, “I can only put in my budget what she has in hers. So last year I think it was $46,000. We’ve already given her that for the year and they’re going to come back to me in January because they don’t have any startup money. She’s probably going to ask for another 40 [thousand] because she asked for 46 earlier in the year. That’s coming out of my reserves and it hurts.”

“The only revenue that we have coming in, and I know that you’re aware of that, is our taxes that we start in November. At the end of December 31st, we turn every bit of that money over to the county. So when we start in January, we have none.” explained Lunz. “I understand that coming back in and asking for money, y ’all have that line item that is put there to help if we need it. We just ask that you keep us in mind when you’re doing your budget.” Lunz stated that they have things planned to hopefully bring in more income, but they will still need the county’s help.

As an example, Stephens noted that the increase of $26,000 in the maximum salary amounts listed on the Sheriff’s budget would cost the county an additional 21% retirement match and around $7,000 for health insurance and social security. “Those come out of my county’s budget.”

In answer, Lunz asked everyone to consider, “We would like to have our deputies that go out there and risk their lives everyday up to at least y’alls part time help salary.” Currently, the deputies are paid $13 an hour.

An annual order setting the maximum amount for deputies, assistants, and other employees per KRS 64.530(3) was signed. It approves the maximum amount the Sheriff can expend from fees during 2019 as $275,680 for full and part time salaries.

The renewal of the lease for Golden Years Adult Day Care was postponed until the December 21st meeting pending talking to the owner and to get more detailed terms.

The lease agreement for Metcalfe County Child Development Center through Community Action of Southern Kentucky was approved for a three year period.

Barren River Area Development Districts Executive Director Eric Sexton recognized Judge/Executive Greg Wilson for his work on the board of directors and executive council and served as Chairman for two years. Sexton along with BRADD staff members Caleb Speck and Amy Carroll presented Wilson with the ‘Friend of BRADD’ plaque.

“Thank you, Eric, and to all staff at the BRADD. It has been an honor and a privilege to work with you all these years,” responded Wilson.

Wilson noted that he had received a copy of the Ambulance Service Agreement from TJ Samson’s attorneys and that he was forwarding it to County Attorney Barry Gilley for review.

Regional EMS Director Gary Fancher stated that the Summer Shade communication tower has been completed and workers are currently waiting on the antennas and cable to arrive for installation. 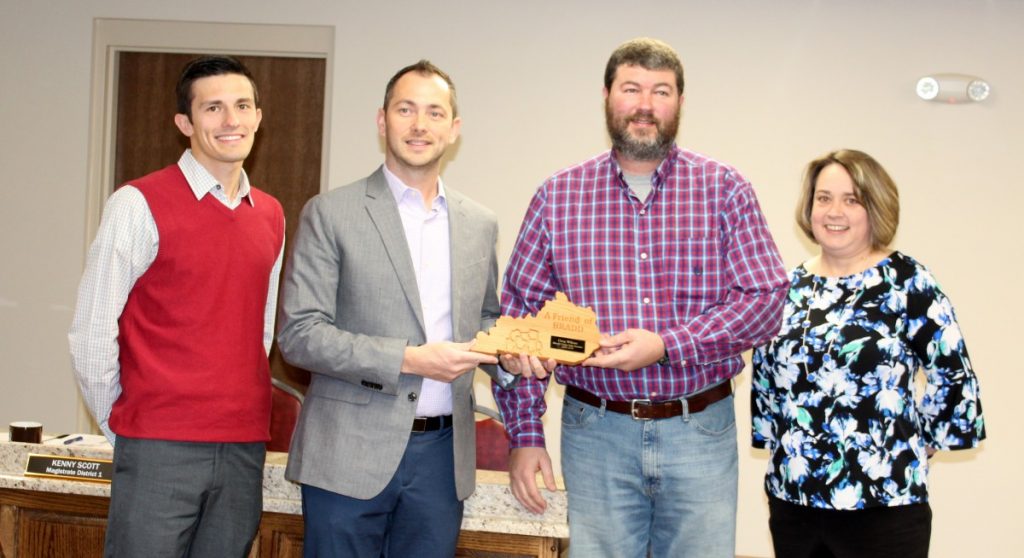