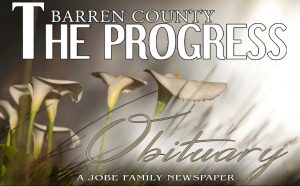 James Paul Bray, 78, of Austin, KY, died Friday, December 14, 2018 at his residence. He was born in Barren County, the son of the late Otha Bray and Elsie Mae DeWeese Bray. Mr. Bray was a lifetime carpenter, farmer and of the Baptist faith.

In addition to his parents, he is preceded in death by a daughter, Regina Faye Bray; two brothers and two sisters.

Funeral services will be 2:00pm Monday, December 17th at the A.F. Crow & Son Funeral Home with burial in the Big Meadow Cemetery. Visitation will be from 11:00am until 2:00pm Mondayat the funeral home.