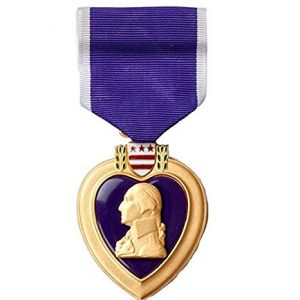 When Vietnam veteran Donald Lee Jewell was 21 years old, he was working as an insurance salesman in Indianapolis, Indiana. It was 1969, and when he got a draft notice from Uncle Sam it came as no surprise.

“I was expecting it,” said Jewell. “A lot of people my age were getting them.”

When Jewel returned home, his job was gone along with a lot of the life he left behind, but he brought something back with him: injuries sustained in combat.

“It seems like another lifetime,” said Jewell. “It is still hard to talk about.”

Jewell was in enemy territory and jumped from a hovering helicopter. It was days before he was rescued.

He didn’t know if he’d ever make it out of Vietnam alive.

“They couldn’t get another helicopter on to pick me up. I was taken from Vietnam to Japan, Japan to a hospital in Illinois and eventually to Ft. Knox, Kentucky,” he said.

He had serious leg and ankle injuries.

Following his service, he moved to Kentucky and tried to put his pain- both physical and emotional- behind him.

In 2019, it will be 50 years since Jewell left Vietnam, and though the war has been over for nearly half a century, the pain of his time spent there lives on.

“My wife kept encouraging me to get some help, to see if there was anything that could be done to help me with my ankle. We have a friend that’s a DAV chapter commander in Houston, Texas and he has pushed me to do something.”

It was encouragement from friends and family that led Jewell to the Veterans Support and Assistance Office of South Central Kentucky on November 20th.

“Mr. Donald Jewell walked into our office to see if he qualified for V.A. Medical benefits. Also, being a Department Service Officer for Disabled American Veterans, I began to question him,” said Michael Wilson.

“As I began to examine it, I found that he had been, what we refer to as ‘Boots on the Ground’ in Vietnam,” Wilson said.

That was the first indication that he did qualify for some benefits.

“As he further explained, he told me of being injured while in Vietnam. As I began to question him, I further noticed on his DD-214 that it did not list a Purple Heart,” said Wilson, who was dismayed to see a qualified veteran without a Purple Heart.

“I didn’t think I deserved one, or the Army would have given me one”.

“I explained that that is not always the case,” Wilson said.

After filling out paperwork for a claim with the V.A. for medical benefits, Wilson went to work on getting information together in order to apply for a Purple Heart and have his DD-214 corrected to reflect such.

Jewell will soon receive the much deserved and long overdue honor of a Purple Heart, making Jewell a true example of better late than never.

This is a Jobe Publishing Exclusive.