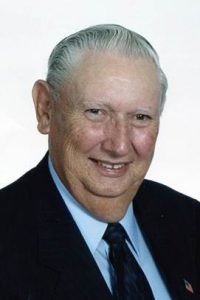 Walter Jewell Graham, 84, of Glasgow, passed away Wednesday, December 5, 2018 at his home surrounded by family. Born in Barren County, he was the son of the late Willis and Mattie Spillman Graham. He was also preceded in death by his wife, Wanda Forrest Graham.

Brother Graham began preaching in 1967 and spent the rest of his life pastoring churches in Barren, Allen, and Metcalfe Counties. Most recently he was Pastor of Siloam Baptist Church in Barren County until his illness. He was a member of Peters Creek Baptist Church.

Survivors include his daughter, Christy Mansfield and husband Walter; two granddaughters, Amy Hall (Chris) and Katy Mansfield; one grandson, Ben Mansfield (Kareena); four great-grandchildren, Carter and Graham Hall and Mattie and Shelton Mansfield; a sister, Helen Hatcher; niece, Marilyn Thomas and nephew, Mike Hatcher. In addition to his wife and parents, he was preceded in death by his brother-in-law Clyde Hatcher.

The family would like to offer a special thanks to caregivers, Anna Taylor and Christy Poland and the staff of T.J. Samson Hospice.

Funeral services will be 1:00 PM Saturday, December 8th at A. F. Crow & Son Funeral Home with burial in the Glasgow Municipal Cemetery. Visitation will be Friday from 3pm until 8pm and Saturday morning from 8am until time for the service.

Alternate expressions of sympathy may take the form of memorial contributions to: