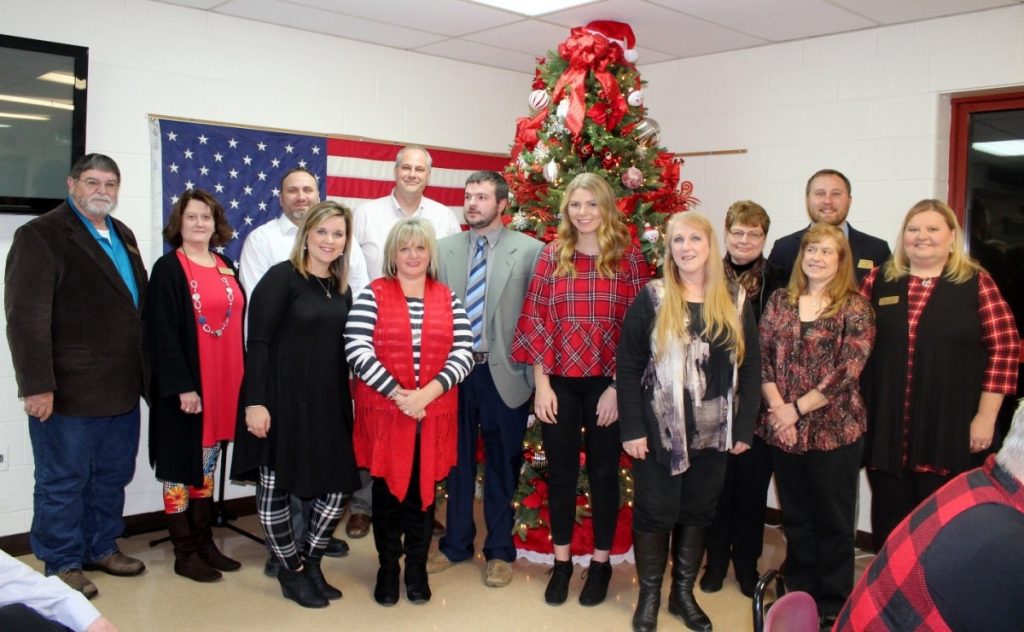 The 2018 Edmonton Metcalfe Chamber of Commerce Christmas Banquet is one for the history books. One hundred and eighty people, reportedly the largest crowd to ever attend, enjoyed a very nice dinner catered by Diane’s Cakes and Catering.

Chamber President Jamie Parke introduced local attorney Herbert Sparks as the ‘resident comedian and historian’ and he did not disappoint. He told several jokes before getting down to business presenting the 24th Annual Jim C. Coleman Community Service Award to Lisa Olson Boswell. 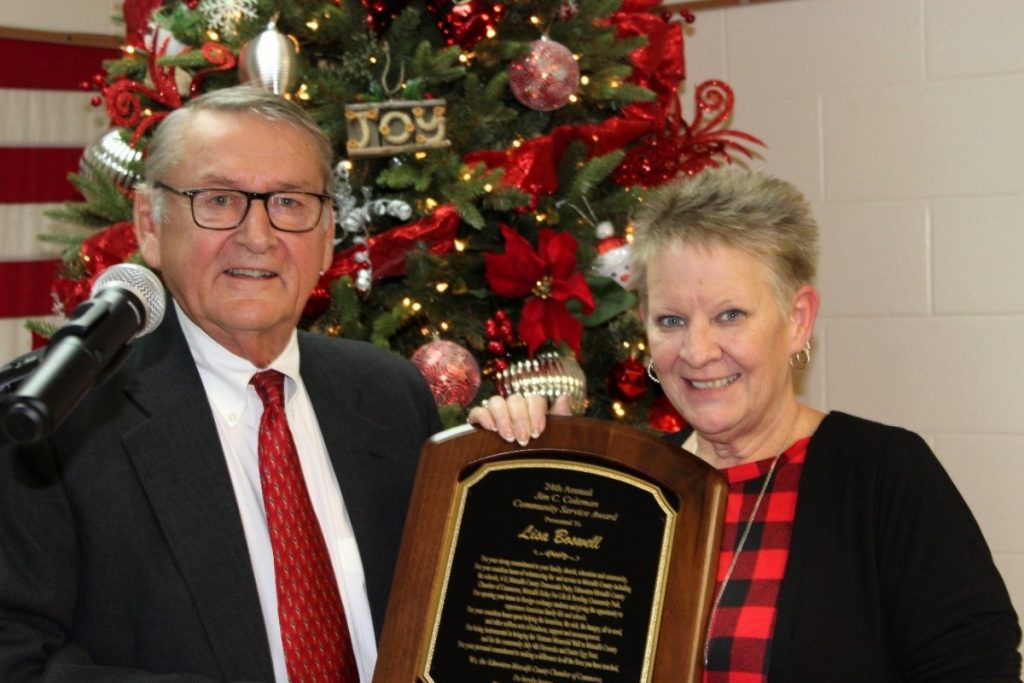 Since 2013, Boswell has held the position of Park Director at Bowling Park where she has continued to serve the community by reopening the homeless shelter and enlarging the food pantry among other great works.

Boswell humble as always accepted the award saying, “A wise man once said that to be successful, you have to surround yourself with people who are smarter and more talented than you are. I have been blessed to be able to do that.”

Next, Brandon Bell took the microphone and entertained the crowd with this own brand of humor, sharing some hilarious stories as he presented each award.

Bell presented three special awards to people who have volunteered their time and services to the community. The first went to Kenny Scott and family for their many hours assisting the chamber. The second went to Johnnie Tarter who has taken many thousands of photos of Metcalfe County athletes and shared them with the community. The third was presented to Jeff and Jane Reece who have organized the Chamber Softball Tournaments. 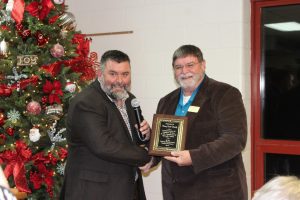 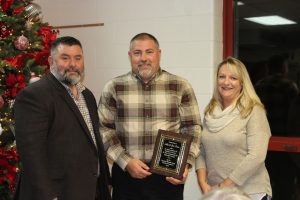 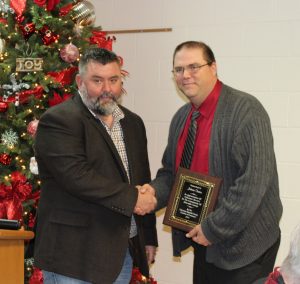 Bell also presented gifts to the retiring board members, Randy Sexton (absent), Kandis Gallagher, and Becky Tucker. Also retiring are officer’s Candy Shirley, Vice-president and Jamie Parke, President. Both of which have served for the past two years.

Also presented with a gift for her many hours of dedicated work organizing events for the chamber was Gaye Shaw. 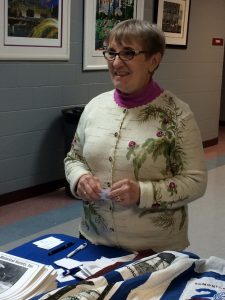 Local historian Kay Harbison had tickets available on the Historical Society Quilt along with 2019 Historical calendars. 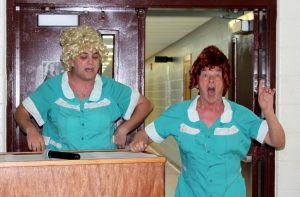 In keeping with the wonderfully hilarious entertainment of last year’s banquet, a sequel to ‘Greater Tuna’ was performed by Austin Coffey and Larry Wilson each playing numerous characters, Inita Goodwin, Helen Bedd, Pearl Burras, Petey Fisk, and Vera Carp from the little town of Tuna, Texas.

The night ended with several door prizes donated by local businesses and individuals, being given away.