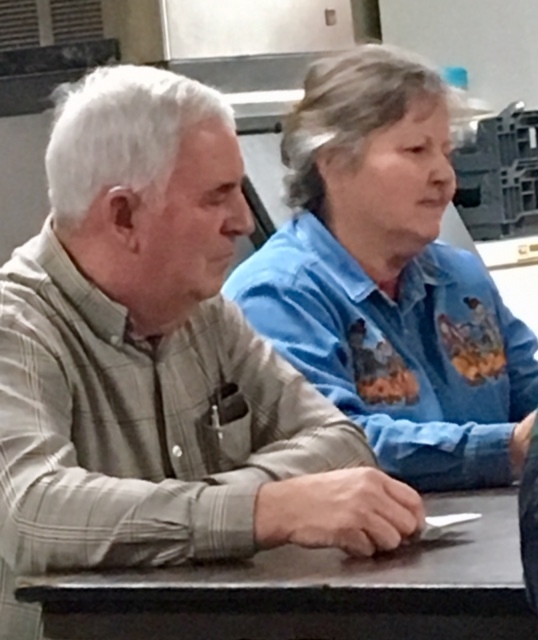 Stilts began by stating, “My first order of business when I take office is to put a Road Supervisor on duty. We haven’t had one for two years.”

After that, his plans are to, “look at all the road systems and see what improvements can be done to those.” When asked what he felt was needed on the counties roads he explained that “There needs to be some maintenance as far as ditching of the roads and trimming back brush. There are some roads in the county that need speed limit signs put on them and speed limits lowered on some roads.”

Working with the state Economic Cabinet to try and secure more jobs for Metcalfe County is another project that he stressed the importance of. “You hear this a lot with the factories that hire people, they want people that have had some hands-on training.”

“Technical training of some kind is a big thing. I don’t know if there could ever be anything here or not, but they [students] go to Monroe County and Barren County.” He stressed that whatever can be done to help students prepare for the workforce whether it be technical training or other trades is important. “I plan to work with the school system to prepare students with job-ready training.”

In preparation for his new job, he has already begun attending meetings of the Edmonton-Metcalfe Industrial Authority Board. “They had an Industrial Recruiter from Warren County that I don’t think ever pursued anything much. That’s off the table now, so we’ve got to find somebody locally that is interested in Metcalfe County and will be interested in going after some things.”

“I also want to work with BRADD in Bowling Green to try and get some programs going for the county. I was on that board for 16 years, so I am looking forward to getting back down there and getting some things going.” He noted that he had recently spoken with BRADD Executive Director Eric Sexton who informed him that of the 10 counties in the BRADD area, six of those counties had elected new county judges.

“Not only Metcalfe County was looking for changes, I think the other counties were looking for a change too. When I talked to people during my campaigning, they were saying we need to get things moving, things have kindly got stale.”

Another goal that Stilts emphasized is working with the various agencies to get assistance programs for the elderly in the county. “The types of programs through Community Action, things like the heating assistance. We want to work with those agencies to keep those programs rolling.”

“I want to look into any assistance through the extension office that we can get for farmers in the county.

One thing that we’re really going to look into is all the grants we can find for different projects and things.”

“I do want to sit down with all the county employees and go over some things with them up front and get them on board with what is to be expected.”