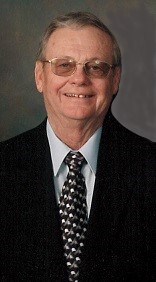 R. T. Turner, age 84, of Horse Cave, passed away on Monday, November 19, 2018, at The Medical Center of Bowling Green.  He was a native of Hart County, an elder and member of the Horse Cave Church of Christ, lifelong farmer,  U.S. Government Tobacco grader, tobacco warehouse manager, former insurance agent and a U.S. Army veteran.

He was preceded in death by his parents, Joe Tom & Lovie Dobson Turner & one brother, Joseph L. Turner.

Expressions of sympathy may be made in the form of contributions to Southern African Bible College, c/o Horse Cave Church of Christ.