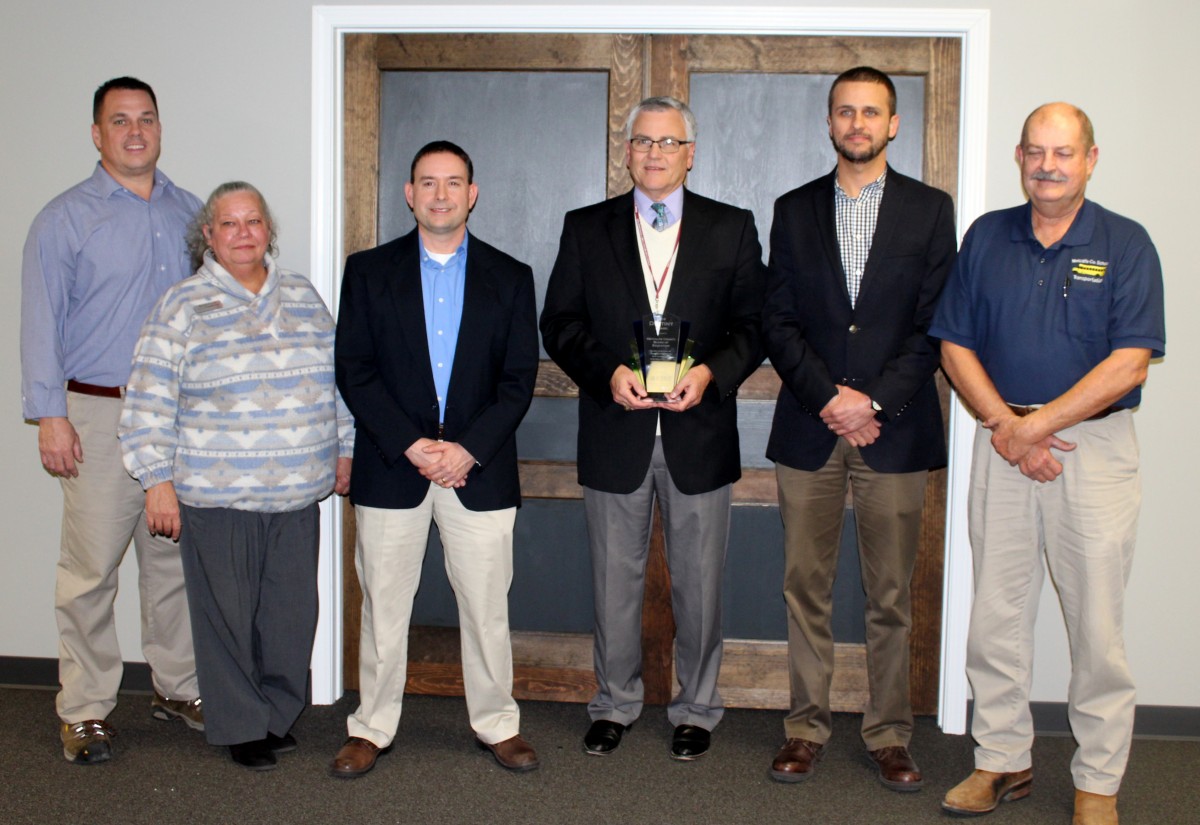 At last Tuesday night’s meeting of the Metcalfe County Board of Education, Jeff Sprowles of Wise, Buckner, Sprowles & Associates presented a summary of the audit performed by the CPA firm. “The district again has received a clean opinion,” stated Sprowles. The total current assets are $4,572,558.

The Kentucky Employer Mutual Insurance (KEMI) representatives Joe Allen and Kyle Schneider were in attendance to present the Metcalfe County Board of Education with a 2018 KEMI Destiny award.

“It is an award that is given for outstanding achievement in the area of safety. The district has shown to us at KEMI that you take safety seriously, that you want your employees to go home at the end of the day safe to their families,” proclaimed Joe Allen. He went on to note that, “of the 20 accounts that won the award this year only 2 school boards won.”

Dr. Benny Lile accepted the award for the school system and pointed out that maintenance, cafeteria, and transportation staff are most often put in the most precarious safety positions, but it takes everyone working together to earn the award.

“As most of you are aware, we have issues at the high school that we have had for the last four or five years with our HVAC system,” stated Chris Huffman, Director of Pupil Personnel. He noted that if repairs are done to the system it is quite expensive plus you still have a system which is still 25 years old. Also included in the issues are fluorescent lighting which is constantly needing repairs.

CMTA Engineers did an energy assessment and determined that replacing all the lights at the high school with LED lights would create an energy savings of $45 – $50,000 in a year. These savings would help offset some of the costs of replacing the HVAC system.

The board approved the application for the HVAC and lighting project be submitted to BG1 with an estimated cost of 2.6 million. No work can be performed on the school without a Kentucky Department of Education approved BG-1 with the exception of emergency projects per Section 162.060 of the Kentucky Constitution.

MCS Grant Writer Torrie Osbon is currently working on a 21st Century Grant for the elementary school and a Striving Readers Grant.

Elementary Improvement Coordinator Jamie Howard announced that the Hoss Foundation Radio Auction raised over $10,000 to help the community’s children. Howard stated that last year the money bought many clothes and a couple of children, who lost their homes to fires, were bought beds as well.

MCES Principal Michael Gill stated that the Fall Festival held in October raised around $20,000 and that Parent Teach Conferences are in progress.

The next board meeting is scheduled for Tuesday, December 11th at 6 p.m. 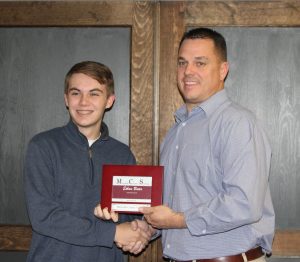 The board recognized the November Student of the Month Ethan Bates, at Junior at the high school. Ethan helped to develop the Hornet News Network. Also pictured is board chairman Joey Shive. 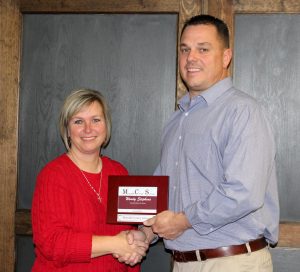 Joey Shive is pictured presenting the Classified Staff of the Month awarded to Wendy Stephens, who works in the high school cafeteria and serves as a role model to students each day. 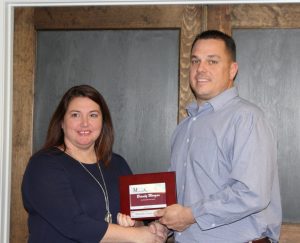 Joey Shive presented the Certified Staff of the Month was awarded to Brandy Morgan, Guidance Counselor at the high school.