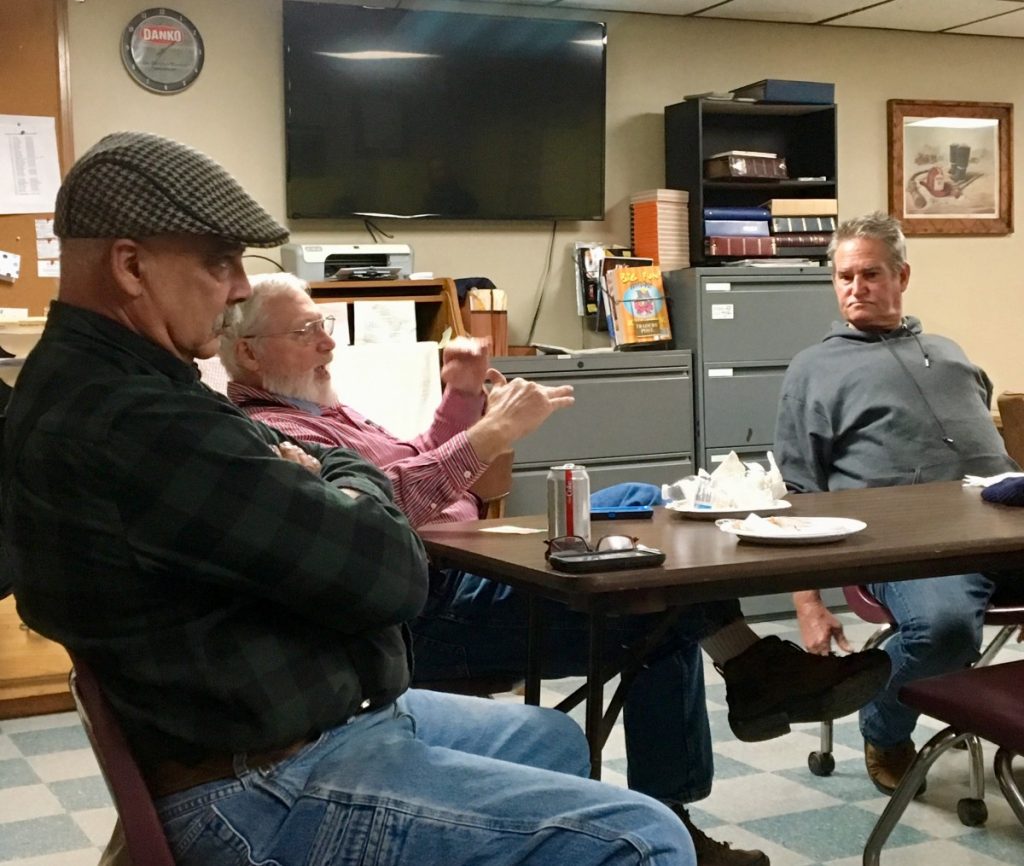 Tommy McMurtrey, center, talks about changes he has seen in his lifetime as Ron Underwood and Billy Joe Pace listen.

On behalf of the University of Kentucky College of Agriculture, the Metcalfe County Extension Office has hosted two community forums to help assess Metcalfe County’s needs.

One forum was held in Summer Shade and one was held in Sulphur Well. The attendants- who were asked five poignant questions about life in the county- were a diverse cross-section of the community, made up of people from various backgrounds, generations, and ethnicities.

The two groups were asked questions ranging from what their favorite thing about life in Metcalfe was, to what they felt the county’s most urgent needs/ challenges are.

“The community needs the attendees identified will be used by the University of Kentucky to help tailor specific Extension-based programs to support and better our county,” said Extension Agent Brandon Bell, who hosted the forums along with Agent Lynn Blankenship.

Bell has been a lifelong resident of Metcalfe County and is well aware of the advantages and challenges of life here.

“Sometimes we may take our county and the benefits of being here for granted,” he said.

Some of the views expressed were lighthearted, like a desire for a nostalgic drive-in movie theater, and a safe place for teenagers to hang out.

Others were more serious, including the lack of jobs, a strained relationship between education and readily available work, population decline and substance abuse.

“I love the quiet comfort of our county,” said Phylis Thompson of Summer Shade.

“We’re all family. You can move into Summer Shade from anywhere in the world and it will be home.”

However, warm sentiments of home aside, Phylis, who runs her own catering business, readily admits there are challenges. For example, cottage industry is not enough to make ends comfortably meet for her family, so she has a second job in Barren County.

Thompson was not the only one in attendance who has felt the struggle of rural economic decline.

“I think it is most important that we create local jobs,” said Tommy McMurtrey, whose family has resided in the Summer Shade area for generations. He has personally witnessed many changes in the quaint, once thriving hamlet.

“Summer Shade has been perhaps more left behind than anywhere else in the county,” he said.

“There used to be three grocery stores here. There was a time when you could buy a gallon of milk here at three different places.”

He also spoke of his late father’s hardware store, still filled with things like nuts and bolts.

“People could buy them there, but they’d rather go to Lowe’s at nine o clock at night to buy them,” said McMurtrey.

Billy Joe Pace, a dairy farmer who moved to the area in 1979 is concerned about the shift in agriculture in a region that was once led by agriculture.

Guests were also asked to identify ways they felt the problems presented could be solved. Capitalizing on small businesses special to here without bribing in major industry, and making people aware of what we have to offer were suggestions.

Bringing bigger industry to the county as a means of bolstering jobs and population was not as popular a resolution.

“There needs to be community growth but it has to be balanced. We wouldn’t want to take away what makes being in a rural area good.” 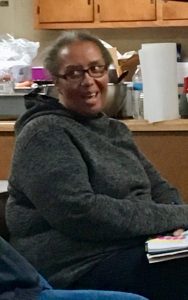 Phylis Thompson talks about her love of life in Summer Shade.