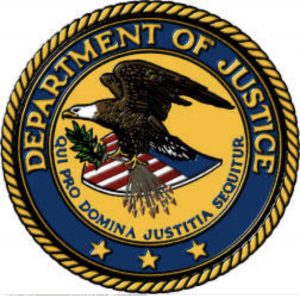 WASHINGTON – Gregory A. Bush, 51, was indicted today by a federal grand jury on hate crime and firearm charges arising out of the racially motivated murder of two African-American patrons at a Kroger grocery store, and the attempted murder of a third, on Oct. 24 in Jeffersontown, Kentucky. The indictment was announced by Acting Attorney General Matthew Whitaker, Assistant Attorney General Eric Dreiband for the Civil Rights Division, U.S. Attorney Russell Coleman, and FBI Louisville Special Agent in Charge James Robert Brown, Jr.

Today’s indictment charges Bush with hate crimes for shooting and killing two victims because of their race and color; and for shooting at a third man because of his race and color. The indictment also charges Bush for using and discharging a firearm during and in relation to those crimes of violence. The indictment alleges that Bush committed the offenses after substantial planning and premeditation, that he killed more than one person in a single criminal episode, and that he knowingly created a grave risk of death to others on the scene.

The maximum penalty for the charges in the indictment is life imprisonment or the death penalty. The Justice Department will determine at a later date whether, in this particular case, it will seek the death penalty.

“The crimes alleged in this indictment are horrific,” Acting Attorney General Whitaker said. “We cannot and will not tolerate violence motivated by racism. We will bring the full force of the law against these and any other alleged hate crimes against fellow Americans of any race. And so I want to thank the FBI, Trial Attorney Christopher Perras, and Assistant United States Attorney Amanda Gregory for all of their hard work that has made this indictment possible. Today we take one step closer to justice for the victims and their families and one step closer to helping this community try to heal.”

“There is no place for hate-fueled violence in our community or Commonwealth,” stated U.S. Attorney Russell Coleman. “Federal, state, and local law enforcement stand united to ensure that Kentuckians can shop, worship, or attend school without the specter of fear.”

“The tragic events of October 24, 2018, are a grim reminder of why the FBI prioritizes investigations of civil rights violations among the top of its criminal programs,” said FBI Louisville Special Agent in Charge James Robert Brown, Jr. “Today’s indictment should be a reminder to those who are motivated by hate and are intent on committing violence; your hateful ideology will not have the last word. The FBI, and the Department of Justice, will be there, and you will be caught and prosecuted to the fullest extent of the law.”

“The Bureau of Alcohol, Tobacco, Firearms and Explosives (ATF) is committed to working with our law enforcement partners to ensure justice for the victims, their families and the Louisville community throughout the investigation and prosecution of this alleged, hate-filled and violent crime,” stated Stuart Lowrey, Special Agent in Charge of the ATF Louisville Division. “Today, and every day, ATF’s ongoing priority is to reduce violent crime and secure the safety of our communities.”

An indictment is merely an accusation and the defendant is presumed innocent unless proven guilty.

This case has been investigated by the FBI Louisville Office, Bureau of Alcohol, Tobacco, Firearms and Explosives Louisville Field Division, and is being prosecuted by Trial Attorney Christopher J. Perras of the Civil Rights Division of the Department of Justice, and Assistant United States Attorney Amanda Gregory of the Western District of Kentucky.

Barn Lot Theater back in the spotlight in 2021