The air was tense with apprehension in the historic courthouse last week as the results of the general election were read aloud by County Attorney Barry Gilley. One of the most game-changing elections of recent times, the people of Edmonton and Metcalfe County elected a new Mayor and County Judge/Executive, as well as a new Sheriff and Jailer. Not all candidates were present for photos. 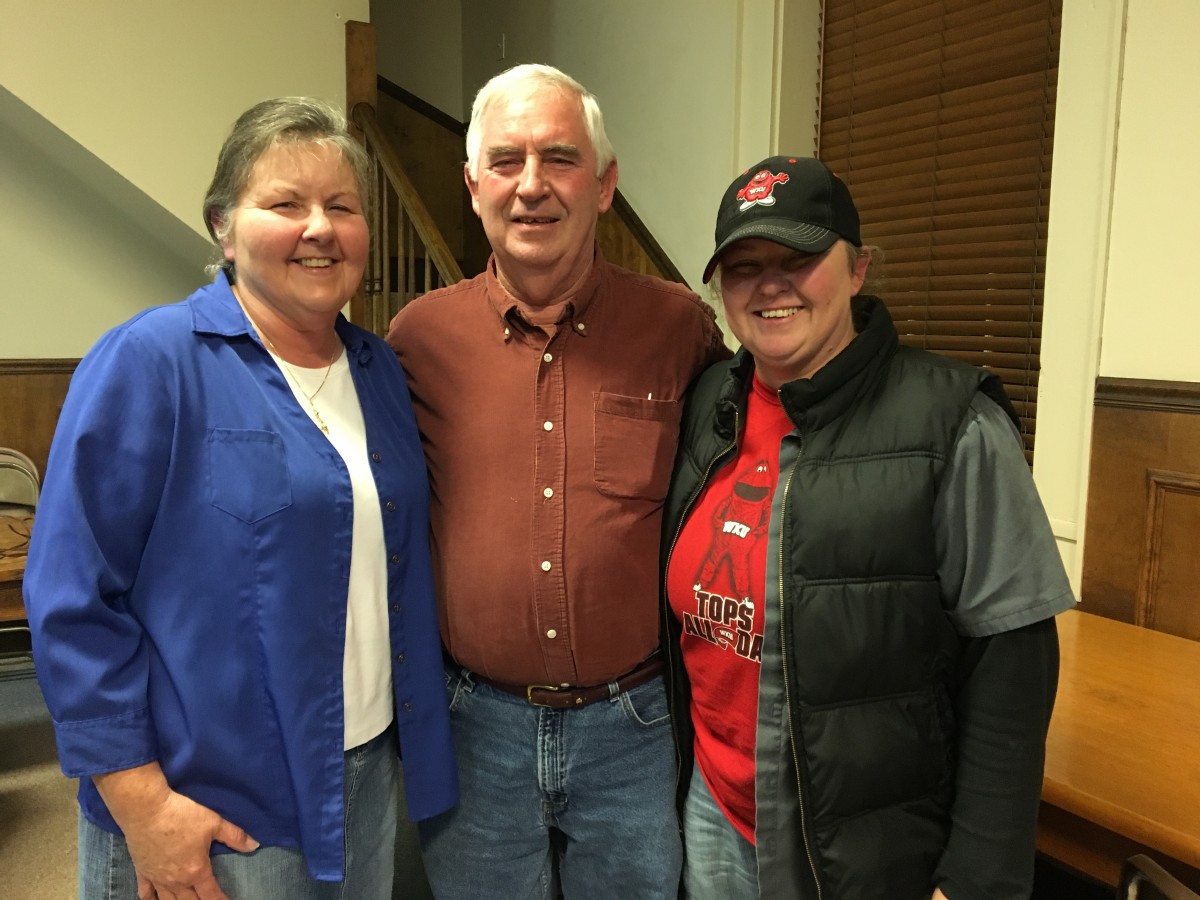 Harold Stilts, center, with his wife and daughter just after the results were read. 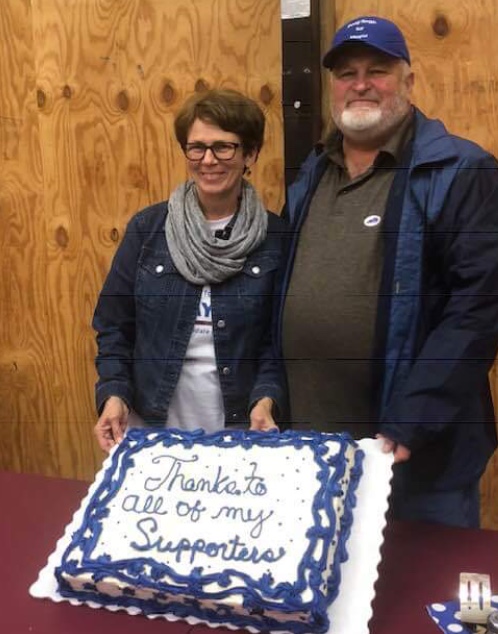 Doug Smith, Edmonton’s new Mayor and his wife celebrate after the results were determined. 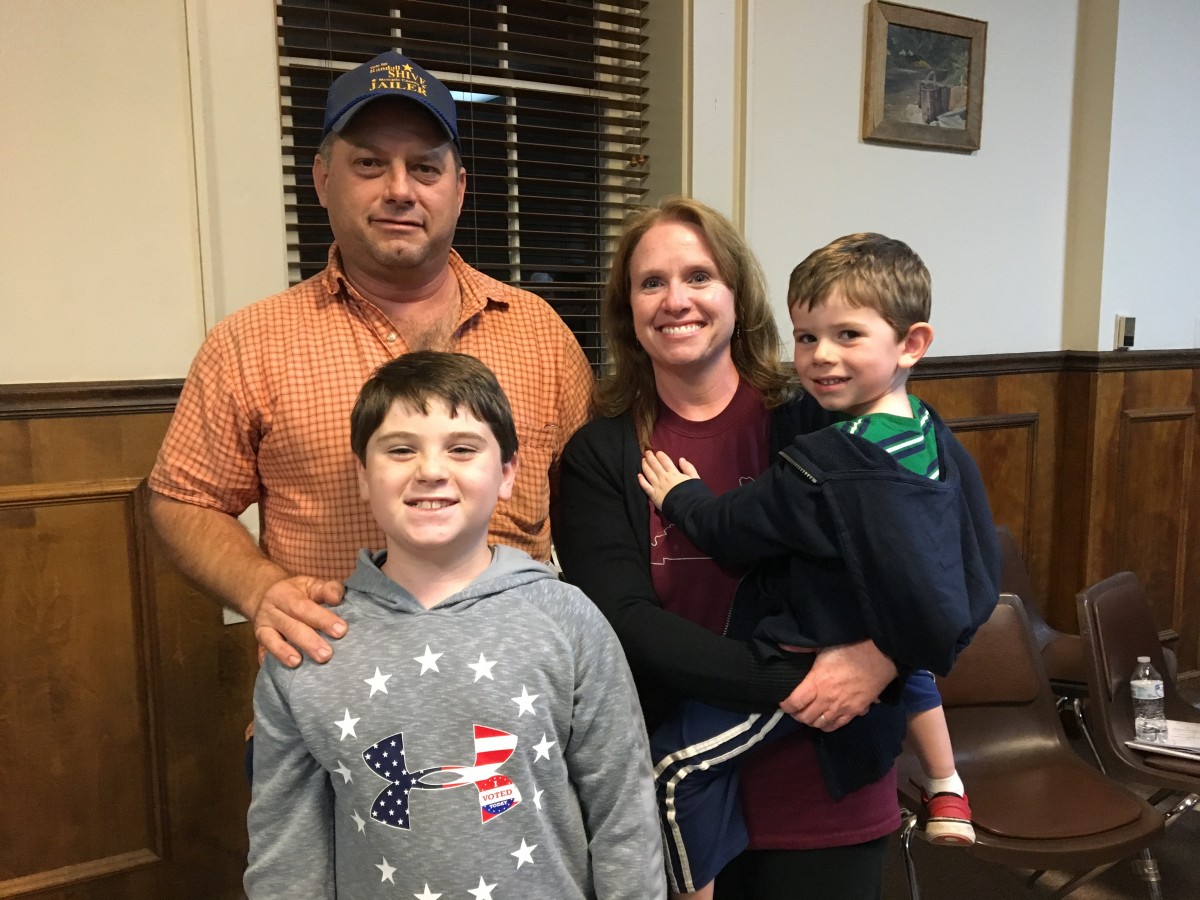 Randall Shive, the new jailer, and his family.