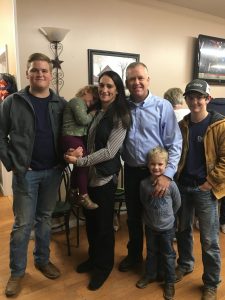 Joe Choate will be Judge Executive for Hart County 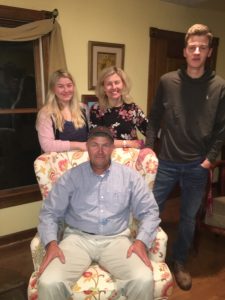 A larger than usual voter turnout created what many saw as an upset in the Sheriff’s race and a close race for the position of Judge/Executive in Hart County on Tuesday.

In the Sheriff’s race former deputy and Jeff Wilson upset current Sheriff Boston Hensley in the race which attracted the most votes of any in the election.   Wilson totaled 3,624 votes to Hensley’s 3015. Approximately 40% of registered voters marked a vote in this race.*

What had also to be considered an upset, newcomer Tina Rutledge narrowly defeated long-time Hart Co. School Board Chairman Bill Belt, by eight votes, 735 to 727.

In a second School Board race current Board Vice-Chairman Wesley Hodges bested his challenger William “Billy” Woehler, fairly easily, 447 to 359.

But the closest contested race of the night was for Horse Cave Mayor where current Mayor Randall Curry squeaked by challenger Terry Riley by two votes, 339 to 337.

One of the most interesting races was held for six positions on the Munfordville City Council with 14 citizens seeking the six seats. Ricky Doyle Line was the top vote getter with 302 votes, followed by Ronnie Huff with 237 votes, Glenn Thomas with 230 votes,  Kenny Shepperd with 227 votes, Jeremy Atwell with 226 and current council member Danny Jaggers with 201.

Bonnieville had nine citizens seeking the six positions on the council and the successful candidates were Danny W. Thompson with 58 votes, Marie Whitlow with 56 votes, Larry D. Srygler with 79 votes, and current council members Fran Bowser with 52 votes, Sherman Bowman with 50 votes and Colby C. Smith with 58 votes.

The constitutional amendment passed in Hart County with 3041 yes votes and 2391 no votes, but has been ruled unconstitutional by one court and will not, at present, be instituted.

A complete recapitulation of the votes in each precinct for all candidates will appear in next week’s edition of the Hart County News-Herald.