VETERAN OF THE YEAR 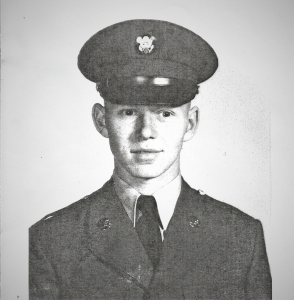 Charles joined the United States Army when in February 1964, At the old age of 19 years old. His basic training in Fort Polk, Louisiana then to AIT in Fort Jackson, South Carolina.

Charles was sent to Germany from Fort Dix, New Jersey. Charles’ duty in Germany was that of a truck driver delivering fuel, ammunition, food. He delivered what was needed for the soldiers in the field and at camp. His truck driving skills helped him to get jobs when he came home.

When Charles was sent to Germany it was by boat but when he was released in Feb. 1967, they were flying troops back to the USA.

Charles returned home and married Earline McKinney June 23, 1967. They were blessed with one daughter Dana and 3 grandchildren, Austin, Autumn and Jake.

Thank you Charles Hatcher for your service.