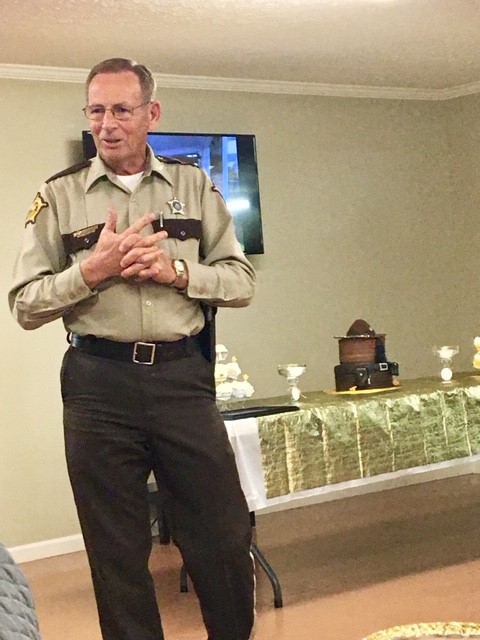 Sunday afternoon, a wall to wall crowd gathered at Leftwhich Hall to honor Sheriff Rondal Shirley, who is retiring after 20 years of service to Metcalfe County and it’s people.

Themes of selflessness and humility were recurring.

“You have been the epitome of a great  public servant. You have done your job without drama or egotism,” said Herb Sparks.

Like Sparks, County Attorney Barry Gilley has known Rondal for most of his life.

“We grew up together. In the winter when the leaves fell, we could see one another’s houses. Rondal is a good guy, that goes without saying. The thing I can say about Rondal is that he has never changed. That speaks volumes. As a farmer, as a neighbor, as a sheriff, he has remained the same.

You can’t become a public servant and then become a good man. You have to be a good man first, and Rondal was,” said Gilley.

“He always did things with Metcalfe County in mind, not himself. When we read the definition of public servant, there should be Rondal’s picture there.”

Sharon Howard Bowles also spoke, saying that she was always impressed with the sheriff’s honest and straight forward approach.

Greg Wilson, who emceed the occasion, presented Rondal with a plaque, before Sheriff Shirley spoke about his two decades of service.

“You all are saying thank you, but I say thank you to those thanking me,” said Shirley.

He thanked his deputies, office staff, dispatch and colleagues. There was, however, one person he wished to thank in particular.

“I am not a speaker, but there is one person I want to recognize,” he said.

“When I became Sheriff I went to do my job, and I left her to do everything. And that’s my wife, Connie. She is the one who held all of this together.” 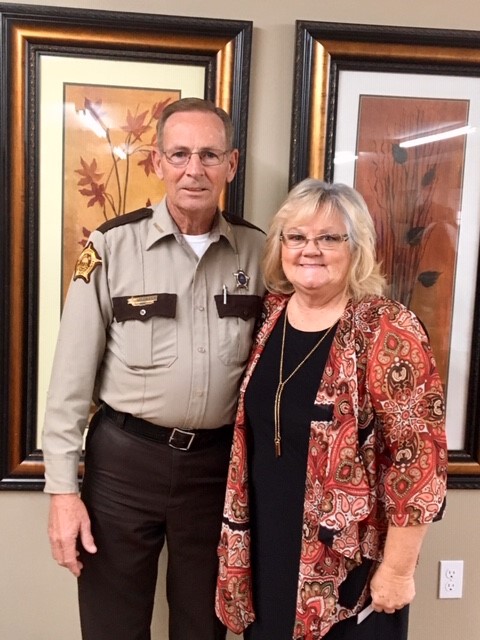 Rondal and Connie Shirley.
Sheriff Shirley thanked his wife Connie for her dedication.

Following the ceremony, Shirley spoke to the many who came out and gave him a standing ovation, opened gifts and cards from people wishing him well in his retirement.

Although he will be retired from work, it is unlikely Shirley will be resting quietly.

With four adult children, three children at home, 18 grandchildren, 19 great-grandchildren (plus one on the way), his days are likely to be anything but quiet, as he makes memories of a different nature in his home in Metcalfe County. 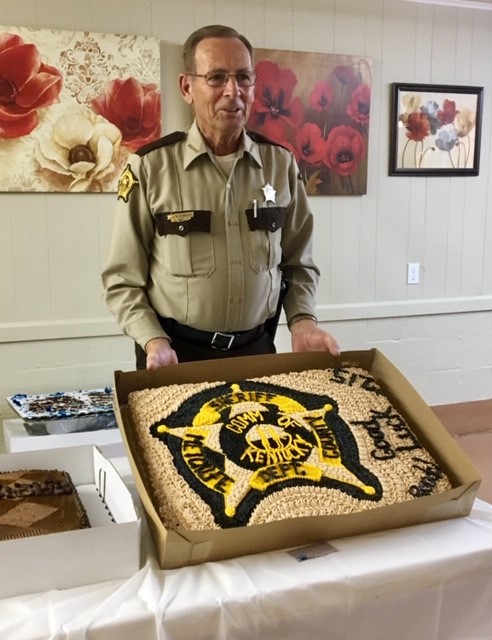 Shirley with one of several cakes made for the event in his honor. 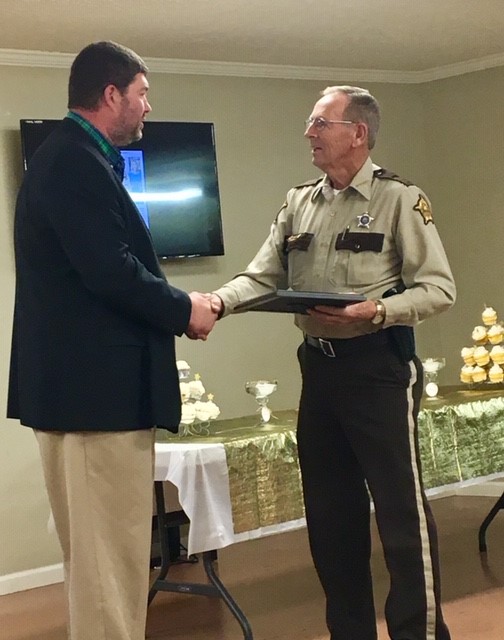 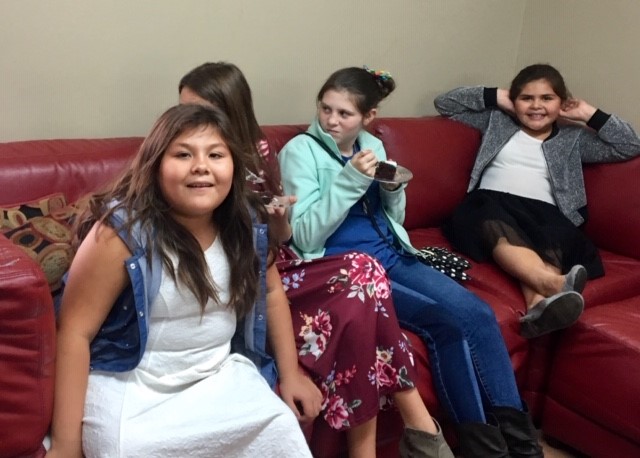 People of all ages came out to wish Sheriff Shirley well in his retirement. 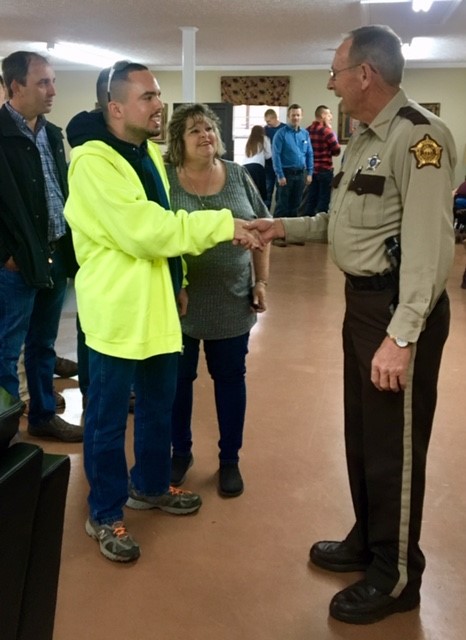