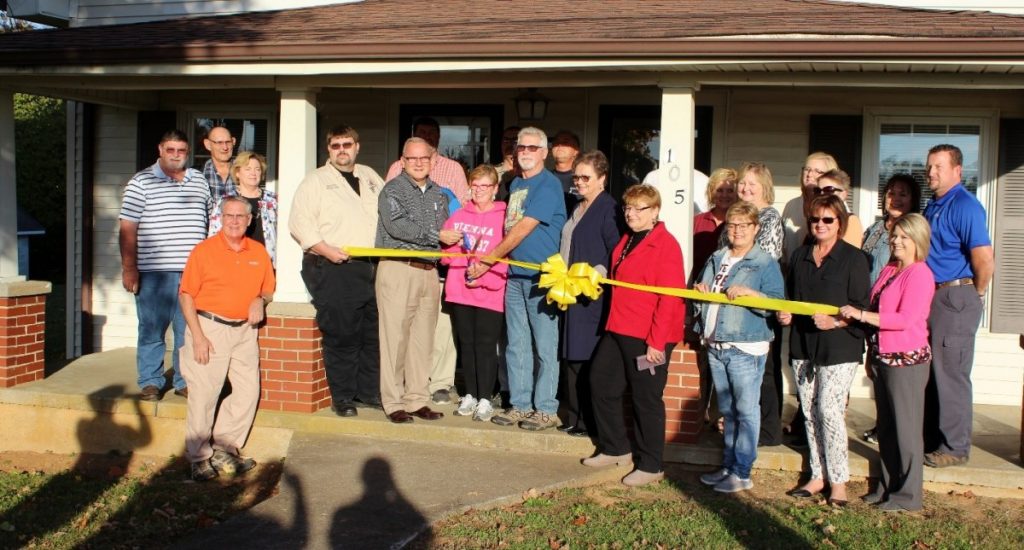 The official ribbon cutting ceremony was held Tuesday at the home located at 105 Mackey Street in Edmonton. A large crowd attended the event along with members of the Gilbert and Ruby Wallace family who previously owned the property. Eddie Wallace, who grew up in the house said, “We certainly appreciate it. I know mother and daddy would be just thrilled to death with what’s happened here. It’s a great thing you have done for us.”

“It gives the people a kind of insurance. They know that they have a place, if they have a fire tonight, they can lay their head down and not be run out in a few nights. We can give them two weeks and they’ve got time to figure out what their next step is,” stated Metcalfe County Emergency Management Director Emory Kidd who also thanked all the people who worked on the project. 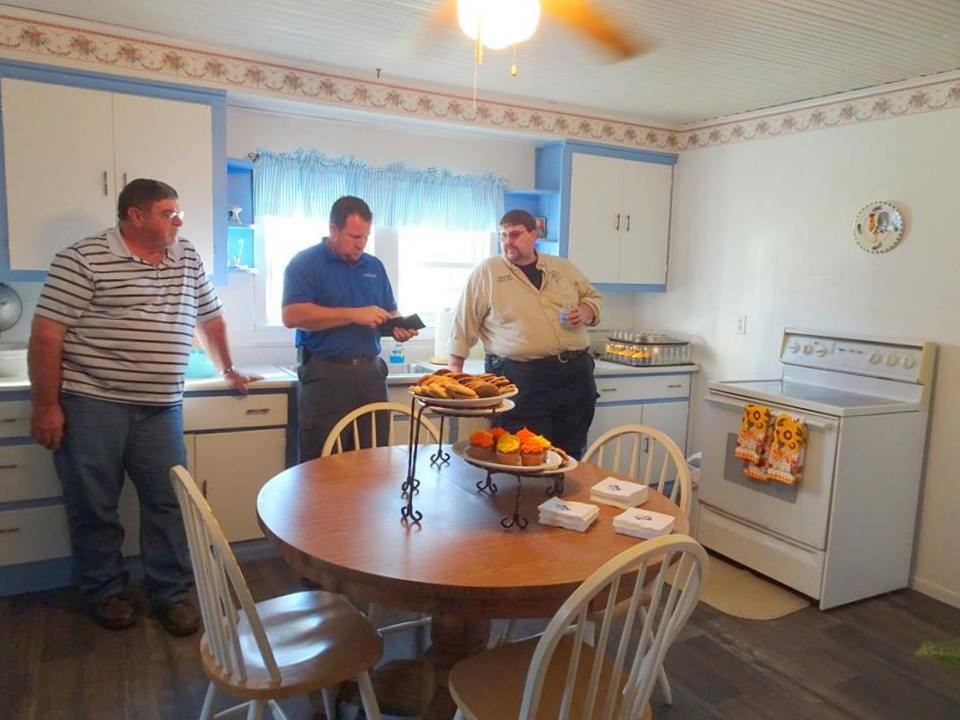 Magistrates Kenny Scott and Moe Hensley with EMS Director Emory Kidd in the kitchen where the cabinets hold dishes and canned food ready when needed. 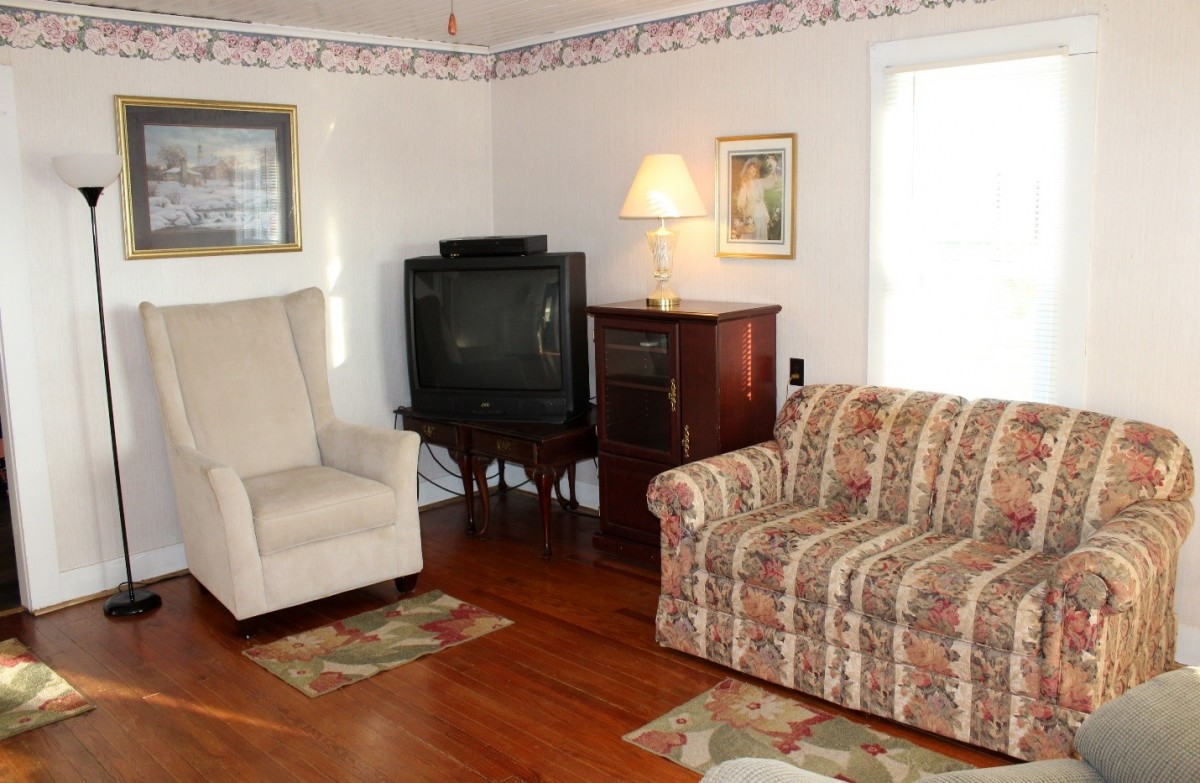 The home is fully furnished and ready for a family in their time of need. 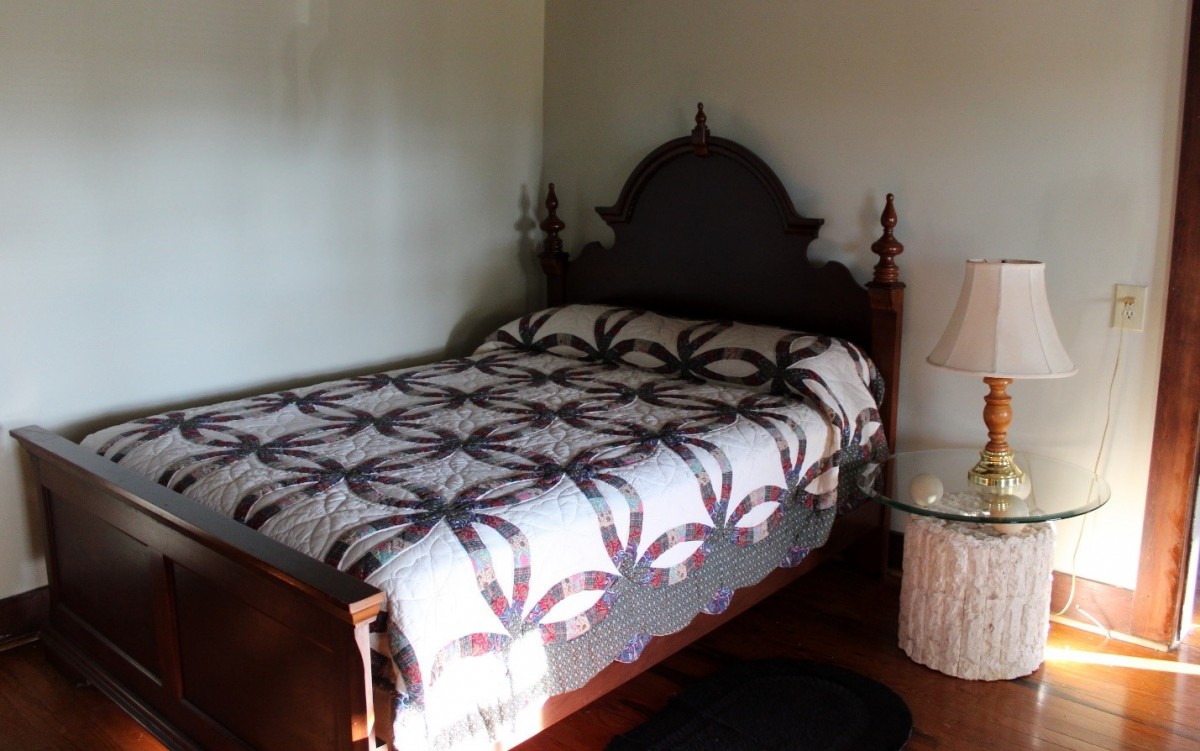 The home has two bedrooms with three beds and sofa beds and can sleep 9 people.