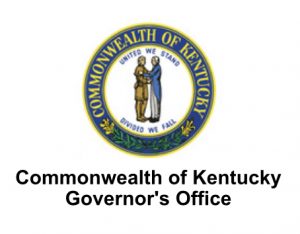 FRANKFORT, Ky. (Nov. 5, 2018) – Gov. Matt Bevin this weekend departed on his administration’s first economic development and trade mission to the People’s Republic of China, a weeklong trip to build business and diplomatic connections in one of the world’s largest and fastest growing economies.

“Chinese-owned companies are already substantial employers in Kentucky, and we are excited to build upon these strong sub-national relationships with our visit to China this week,” Gov. Bevin said. “Chinese companies are emerging as economic powerhouses in a wide range of markets and, as we prove Kentucky to be a ready and willing business partner, that will mean even more jobs and foreign direct investment flowing into our state. We want Kentucky to be the first state that countries around the world think of when they choose to locate in the US, and we are confident that this trip will significantly further our goal.”

The mission to China follows numerous international trips during the Bevin administration, which included a trip to England, Japan and South Korea earlier this year.

The China trip follows a visit to Kentucky by China’s US Ambassador Cui Tiankai, who met with Gov. Bevin and various government and business leaders at the Executive Mansion in Frankfort in August.

Eight Chinese-owned companies operate facilities in Kentucky, currently employing approximately 8,700 people across. Those include some of Kentucky’s most recognizable employers, such as GE Appliances (owned by Haier Group Corp.) which employs more than 6,000 people in Louisville, and Lexmark (owned by Apex Technology Co.) with approximately 1,600 employees in Lexington.

Information on Kentucky’s economic development efforts and programs is available at ThinkKentucky.com. Fans of the Cabinet for Economic Development can also join the discussion on Facebook or follow on Twitter. Watch the Cabinet’s “This is My Kentucky” video on YouTube.