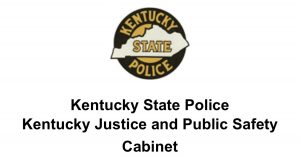 Rocky Hill, KY ( November 2, 2018)- On Saturday, November 2nd at 11:44 PM, the Kentucky State Police Post 3, Bowling Green received a call for service from the Barren County Sheriff’s Department, requesting assistance with a fatality collision that had occurred just inside Edmonson County. A Barren County Deputy Sheriff had located the vehicle in the middle of the roadway on Apple Grove Road after it had fled from law enforcement earlier, finding one occupant deceased and two more seriously injured.

A preliminary investigation has revealed that a Barren County Deputy Sheriff, James Roberts, observed a Blue 1998 Toyota Camry driving recklessly near the intersection of Park City-Bon Ayr Road. When Deputy Roberts activated his emergency equipment, the vehicle accelerated onto Apple Grove Road, causing Deputy Roberts to lose his observation of it. A short time later, Deputy Roberts crossed into Edmonson County, finding the vehicle stationary in the roadway. The operator, James E. Settles (54) of Glasgow, had been ejected after the vehicle had struck a tree. Two passengers, Ruth Clemmons (43) of Etoile, and her juvenile infant son were located inside the vehicle. None of the vehicle’s occupants were restrained at the time of the collision.

James E. Settles was transported from the scene via medical helicopter and flown to Vanderbilt University Hospital where he is listed in critical condition. Ruth Clemmons was transported from the scene via ambulance to the University of Louisville Hospital where she is listed in critical condition. The juvenile passenger, Lucas Settles (age 4 months), was pronounced deceased by the Edmonson County Coroner’s Office. An active meth lab was located on scene and disposed of by the Edmonson County Sheriff’s Department.

The investigation continues and is currently being led by KSP Sergeant Joshua Cummings. Sergeant Cummings was assisted on scene by Barren and Edmonson County Sheriff’s Departments, Barren/Metcalfe EMS, Edmonson EMS, Edmonson County Coroner’s Office, Park City Fire Department, and other KSP personnel. No further information is available for release at this time.