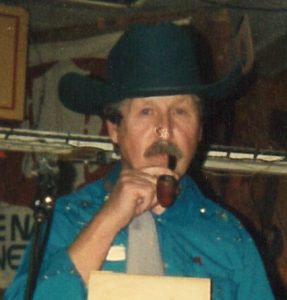 Paul Daymon Craddock age 82 of Horse Cave passed away Thursday, October 25, 2018 at NHC healthcare in Glasgow. He was a native of Cub Run and he attended services at Horse Cave Baptist Church. He was the owner-operator of Paul’s Place in Cave City and Paula’s Pancake House for 40 years. He lived by the bible, loved his grand and great grandchildren, his antiques, collectibles and his music.

He is preceded in death by his wife, Maydean Fuqua Craddock; one granddaughter, Leslie Caitlin Dunagan; his parents, Willard Craddock and Beulah Kessinger Craddock ; one sister, Evanelle Fowler;  an infant brother, Leon Craddock; one brother-in-law, Ronald McEntire; and a special relative, Randy Furlong.

Funeral Services will be held at 1 p.m. Monday, October 29, 2018 at Winn Funeral Home with burial to follow in the Horse Cave Municipal Cemetery.