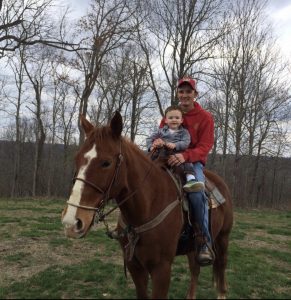 Horse Cave, KY (October 25, 2018) – At 2:51 am (CST) on Thursday morning, October 25, 2018, Kentucky State Police Post 3 received a call for service requesting a death investigation be conducted which had occurred at The Medical Center Hospital at Caverna in Hart County.  An Edmonson County Deputy Jailer had transported Aaron D. Meredith, (23) of Bee Spring from the Hart County Detention Center to the Medical Center Hospital at Caverna to be medically cleared.  While at the hospital, Mr. Meredith passed away and was pronounced deceased by the Hart County Coroner.

“Aaron Meredith was never in the custody of Hart County Jail. He was refused by jailer, Israel Bergesen, at the door. It was apparent to Israel that something was wrong with Aaron immediately, the time of arrival was at 12:38 am (CST).  Aaron Meredith was also coherent enough at the time of arrest (approximately 11:00 pm CST) to make a phone call to his mother, Reetha, to inform her he would be going to jail and he had someone available to take possession of his truck.

Aaron was seen by a doctor at Caverna Hospital. The Dr ordered for Aaron to be, then, taken to The Medical Center in Bowling Green. As Aaron was getting up from the stretcher he coded and was never brought back.

An autopsy was ordered and an investigation is ongoing. My heart goes out to the loved ones involved.”

This is part of the press release.

The investigation continues, and is being conducted by Detective Wes Medley.  He is being assisted by Hart County Coroner, Reggie Pettitt.  No further information is available at this time.