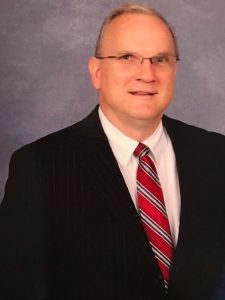 Howard Garrett, a lifelong resident of Metcalfe County, and an employee of Edmonton State Bank for 45 years, has served as the Mayor of Edmonton for a quarter of a century.

He says that in that 25 years, he has seen progress.

Even so, many things have happened for the City of Edmonton in his tenure; And when he first sought office, it was in hopes of bettering the community he calls home.

“I had always been involved in community organizations, we used to have a chapter of the Jaycees here, and I had served a few terms on the city council,” he said.

Garrett was also the President of the Fair board, a trustee of the Metcalfe County Public Library, and served on the literacy council.

It was actually his opponent, former mayor Pat Patterson, who suggested that he ran for office.

“He had said he wasn’t going to run, and he and several others said, well, why don’t run for Mayor,” Garrett said.

however, Paterson did decide to run for another term, but he was defeated by Garrett.

Garrett is pleased with Edmonton’s progress during his lengthy tenure.

“We had a blighted area here in town, and now it’s a green space, a small park,” he said.

The number of customers who have city water has doubled, with waterline expansions into the county.

“Without expanding the water service, we may not have seen as much development,” said Garrett.

“We have expanded the sidewalks, and upgraded equipment for public works and the other departments. We have provided space for the Chamber of Commerce, the 911 dispatch, and the senior citizen center. And we are in the process of working on a disaster relief house.”

A new City Hall was also constructed under Garrett’s lead, which will be paid off in 2022.

One recent controversial project is the new spec building, which is a joint effort of the city and county.

One of the projects he’s the most proud of is the Edmonton Memorial Park.

“That was a very big project, and “Garrett sad. “I feel like it’s one of the best parks in this region.”

The city borrowed a little over $2 million to build the park, and got donations from places such as Sumitomo in Kingsford, along with state funds, to make the park possible. The park will be completely paid off in 2024.

Because of the cities partnership with the Board of Education in regards to the park, many students have been able take a vantage of seasonal job opportunities there and learn about responsibility by helping  restrooms, run concessions and handle money.

“I think it’s good that it’s another way for the kids to make some spending money,” Garrett said.
Although Garrett is proud of what has been accomplished, he says his focus is on future for what can be accomplished in coming years.
“I hope to have a YMCA type of facility here, that’s in the master plan. We already have a space for it near the park, and we hope to include a small waterpark with that, and “Garrett said. “It’s very much needed.”

“We purchase our water from different places, the majority of it comes from the Glasgow water Company. We are looking to do $6.5 million worth of improvement, including two new water tanks, which would take three older ones out of service,” Garrett said.

He also plans to discuss a new waste water treatment plant, and a new firehouse when funding is available.

“We have to be sure we don’t over extend ourselves,” he said.

Garrett also stressed that the cash balance for the city and the financial statement are two different things, and that the working budget is currently 4.3 million.

Some of the funds are restricted funds which must be used for debt service.