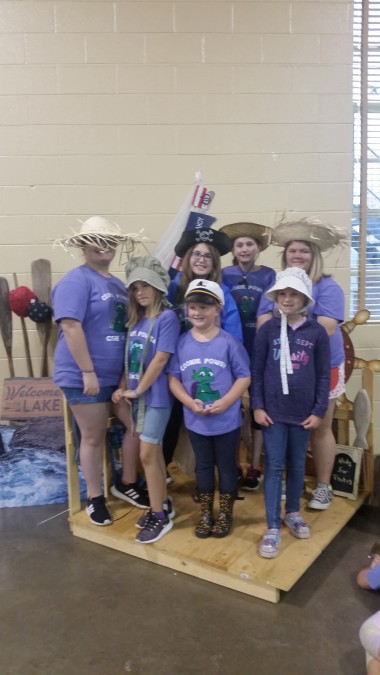 The Brownsville/ Edmonson County Trail Town Day was Sept. 22.  Due to so much rain the Cave Country Paddle wasn’t as successful as planned.  Even though four canoers signed up, only a few of them were able to make it to the Paddle because of the weather.  They took a five-mile trip on the Green River.

At noon, the Edmonson County Chamber of Commerce Cookout on the Square began.  It was moved inside the Brownsville Community Center.  The event was sponsored by Laura’s Hilltop Restaurant and Jacob’s Home Furnishings.

The cookout yielded a big turnout.  People listened to live music from Corey Culbreth, while they played horseshoe and ring toss.  There were also many things to keep the kids busy, such as checkers and coloring.

The Trail Town Day was the final step in Edmonson County becoming a trail town.