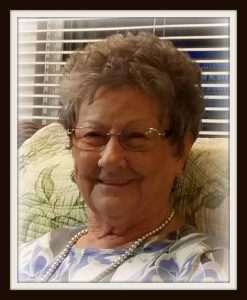 Wilma Doyle Logsdon Davis, age 79, of Louisville departed this life on Monday, September 24, 2018 at Baptist Health Hospital. The Barren County native was born on January 30, 1939 to the late Clarence Doyle and Evy Bellamy Beckner. She was married to Narvil “Doc” Davis, who survives.

Wilma retired from Jefferson County Board of Education as an accountant. She was saved at the age of thirteen at Cedar Springs United Baptist Church, where she remained a member until her death.

Interment will be in Lambert Cemetery.