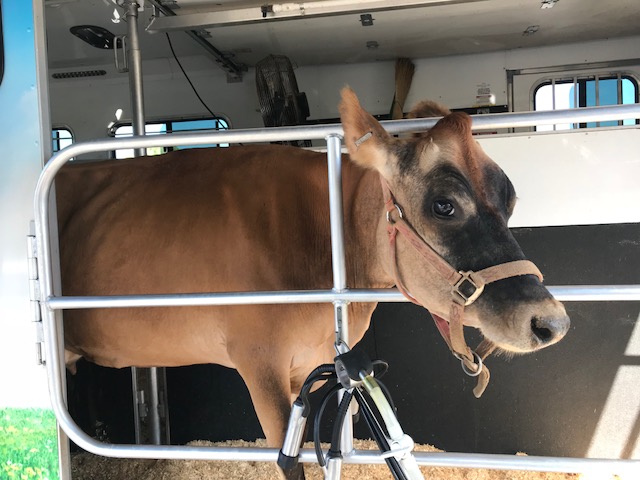 Daisy, the Jersey Cow and her driver Megan Komar (mobile dairy classroom instructor) with Southland Dairy Farms out of Barren County was invited by Joe Durbin, Magistrate District 2 to come to Edmonson County and do a presentation.  Durbin said after speaking to the Commission of Agriculture Ryan Quarrels about the children in the community, he wanted to do something more to help educate them about farm life and dairy products.  He still thinks as Edmonson County as a rural area, but there is only one dairy farm still in operation at the present time.  He said that a survey was done and when asked where did their milk come from, about 40 percent of the children said Walmart or the refrigerator.  They had no idea that milk came from a cow.  Komar and Daisy travel all over the state of Kentucky to educate people on the process of milking and dairy farm life and it’s free for the asking. 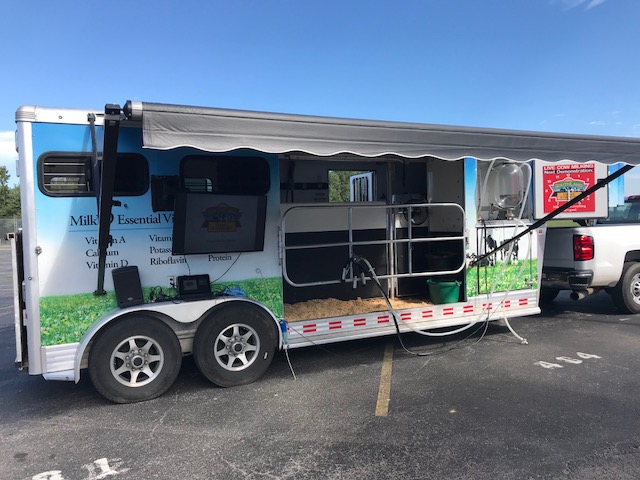 Komar and Daisy held two demonstrations at both Kyrock and South Edmonson Elementary Schools on Sept.  14, so the all the students could participate.  She told the children about the two different types of dairy cows and that they had to be two years old to begin milking and have had their first calf.  Jersey cows can produce six gallons of milk per day and are milked three times a day for about 10 months.  Then they rest, have another calf and start all over again until they are about eight years old.  A cow ages 12 years to one of human years, so they get quite old before they stop producing.  She also told the kids that the milk they drink never touches human hands from the time the machines are placed on the cows.  The milk goes directly to storage or to a truck waiting for it.  The children really enjoyed watching Daisy being milked, learning about her, and they had several questions for her afterwards.  At the end of a very warm day all the children were surprised with a cup of ice cream provided by Joe Durbin. 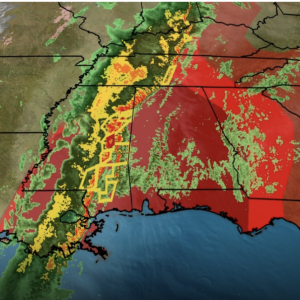