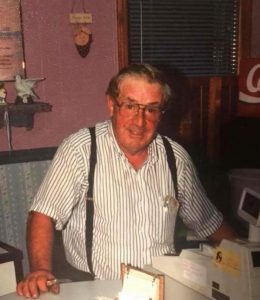 At the Kentucky State Fair, The Lighthouse Restaurant was awarded by Kentucky Living and named one of the Best Down-Home Restaurants in the Bluegrass, something locals and tourists alike have known for a long time.

“We have tried to change little things as we’ve needed to, but we’ve not changed a lot. We try to keep things the same,” said now owner Tammy Deckard, who has worked there since she was 19 years old.

The beloved and iconic eatery, which draws comfort food lovers from near and far, was opened in 1968 by Babe and Kathleen Porter, and was known simply as Porter’s.

At that time it was mostly a short order restaurant that served country ham biscuits. Many things have changed since the short order days. For example, Sulphur was is no longer used in the restaurant. However, the ham biscuits are still a favorite.

“When I was a kid, I remember coming here to eat and we’d always get a Ski or Double Cola in a bottled because we didn’t want water or tea made with the sulphur water,” said Deckard.

“At least once a week, someone will ask us far a jar so they can go over to the well and get a jar of the sulphur water to take home with them.”

In 1985, Tammy’s parents Norma and Mitchell Ervin took the restaurant over and by the end of that year they changed the name to The Lighthouse.

“Mama felt like the name came from God, that is what He wanted it to be called,” she said.

Mitchell, who was known for his talkative nature and friendly personality, passed away in 1996.

For many years, Tammy and her husband Rodney leased the restaurant from her mother, Norma, on order to carry on with the family tradition.

Last March, when Norma passed away, Tammy and Rodney purchased The Lighthouse to keep it in the family.

Once named The Lighthouse in ’85, Norma and Mitchell switched up the menu, continuing to serve burgers, fries and ham biscuits but also adding family style dining- vast spreads of country favorites including hand grated coleslaw, stewed potatoes, ham and catfish.

Today this day, the menu has remained essentially the same.

“We’ve added some appetizers and some salads, but we’ve left it mostly the same,” said Deckard; And it is the classics which have remained popular.

“People love to eat family-style and of course, they come for the pies because they are made from scratch,” she said.

Often times restaurants lose their popularity over the course of time, but it hasn’t been so for The Lighthouse. In fact, just the opposite is true.

“We’ve always had a big crowd and a steady crowd,” said Deckard. “But about to years ago we saw, just a boom in our growth.”

On a weekend night, it isn’t unusual for the place to packed with a long line of diners from everywhere you can imagine waiting to sample the fine, country food.

“It is word of mouth, too, but with social media, word travels fast,” she said.

The Lighthouse’s Facebook page now upwards of 33,000 followers, and that tally continues to rise.

On Friday and Saturday nights it normal for the cooks to peel seven hundred pounds of potatoes by hand.

“We still do all of the potatoes by hand, and we grate our slaw by hand too,” she said.

It was following to boom of weekend customers a couple of years ago that they changed their days to just Thursday, Friday and Saturday.

“We prayed about it and talked about it for a long time,” said Deckard.

“It wasn’t an easy decision, but our staff needed time to rest and get ready for the weekend again.”

Most of the ladies who work at the Lighthouse have done so for a number of years, and Deckard thinks of those ladies as family.

This winter, extended hours will be offered to help accommodate holiday parties and travelers as Deckard and her family and staff carry the tradition forward for the next generation of diners.

“We are blessed,” she said. 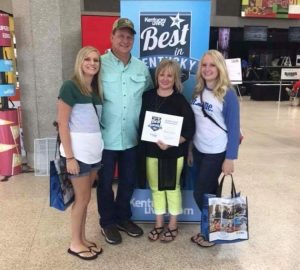 Tammy and Rodney The Deckards with their two girls at the state fair this year. 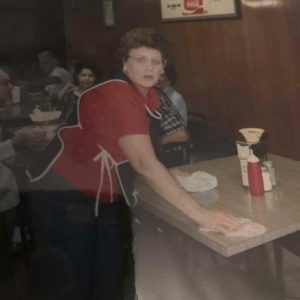 Norma working at The Lighthouse in 1987. 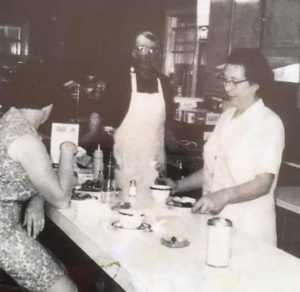