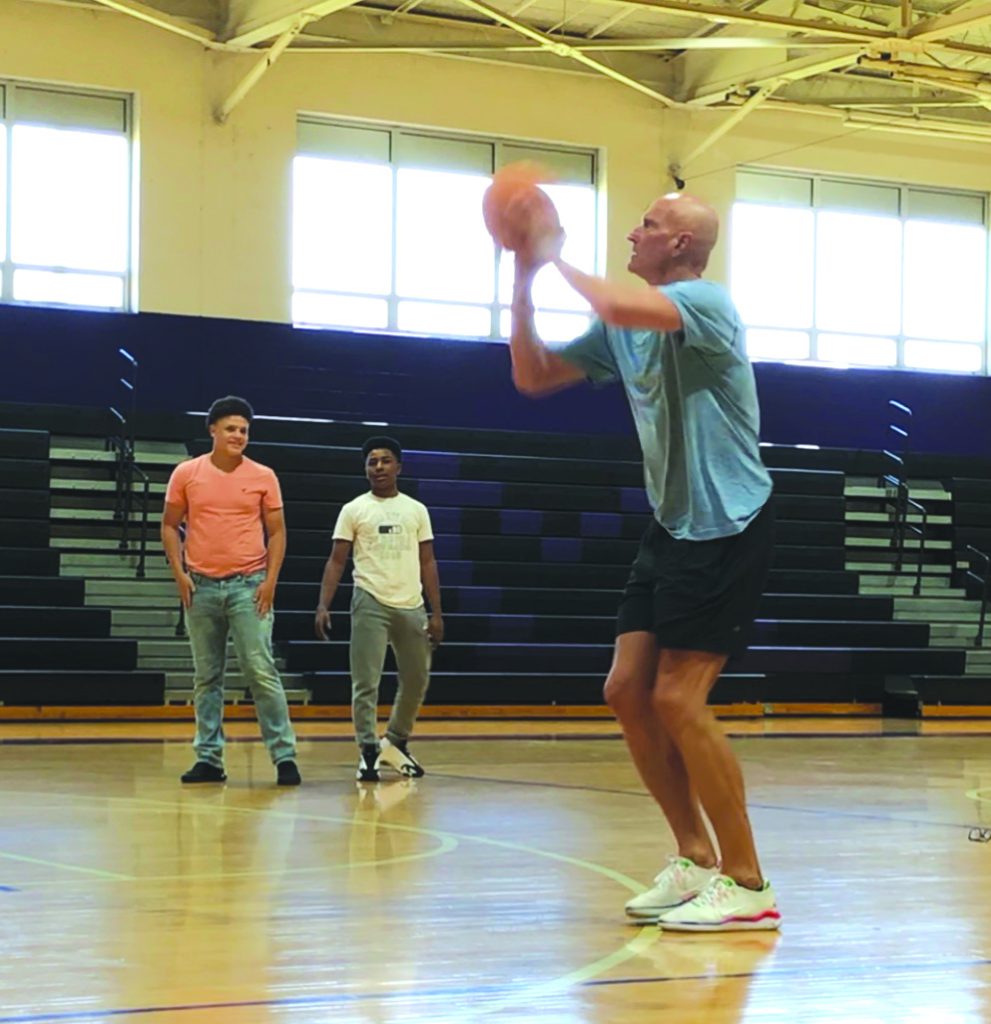 Rex Chapman, former UK Basketball player and 12 year veteran of NBA, took time to show off his skills and pass along wisdom to the students at Caverna High School on Tuesday, September 4.   Photo by: Scotty Dennis

On Tuesday, September 04, Caverna High School welcomed a former UK basketball elitist and retired NBA player, Rex Chapman. Being native to our home state of Kentucky, born in Bowling Green and raised in Owensboro, Rex is not clueless where Kentucky’s athleticism potentials are. Rex joined the gymnasium full of students to forewarn and prepare them for the potential dangers of opioid addiction. Beforehand, Rex led his introduction with a friendly challenge. The student happily came out on top by winning the challenge and received a prize of cash, which was awarded by Rex, himself. After the presentation took place I had a short window to ask Rex what had brought him back to Caverna High School. Rex kindly replied, “As far back as I can remember, Caverna has always been good at sports.” He hopes his words of wisdom and encouragement aid in keeping our kid’s future bright. Rex Chapman now works with the state of Kentucky to help youth battle opioid addictions and bring awareness to, not only the young, but to old and young alike.