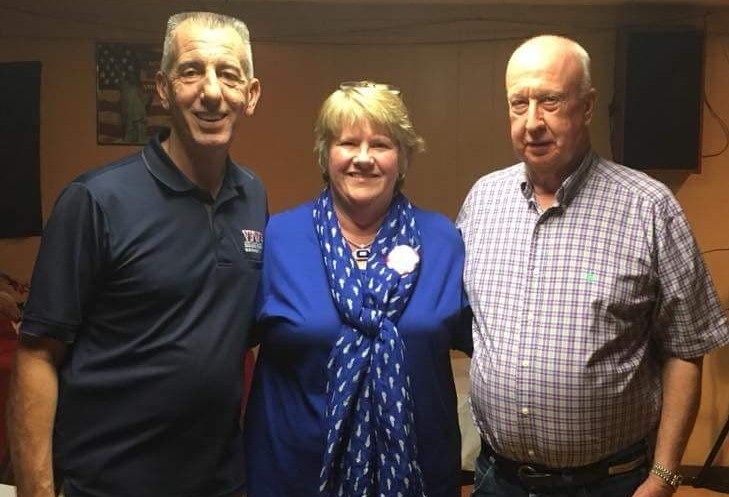 VFW National Commander B.J. Lawrence paid a special visit to Morgantown on Aug. 15.  During his time spent, he was able to meet and speak with many public officials and local VFW members.  Lawrence was elected Commander-in-Chief on July 25.  As part of his campaign, he visits area VFW’s and hears about their concerns and experiences in the field.  Butler County was one of his first stops after being elected.  The public received his visit very well and honored him with a reception in town.  Morgantown Mayor Billy Phelps even presented him with a key to the city and proclaimed Aug. 15 at B.J. Lawrence Day.

There are an estimated 1.2 million Veterans of Foreign Wars members in the United States.  This includes eligible veterans and military service members from all five branches of the armed forces.  Lawrence served in the Army from 1983 to 1986.  He joined VFW Post 7686 in New Mexico in 2000.  His focus was a forward way of thinking into the new millennium.  His theme for the year is to Make it Happen.  He is emphasizing the focus on 6,400 existing VFW posts, on the possibility of creating new posts, the retention of new members, fixing the VA, and recovering missing and unaccounted for service members.