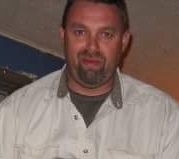 Jeffrey Glenn Henderson, age 46, of Morgantown KY, passed away on July 28, 2018, at the Medical Center in Bowling Green KY. Jeff was born on October 2, 1971, in Indiana to the late Glenn Henderson and Helen Phelps Henderson who survives. He was a member of Barnetts Lick Missionary Baptist Church and a Certified HVAC Technician.

Other than his father he is preceded in death by one sister, Melissa Dawn Henderson.