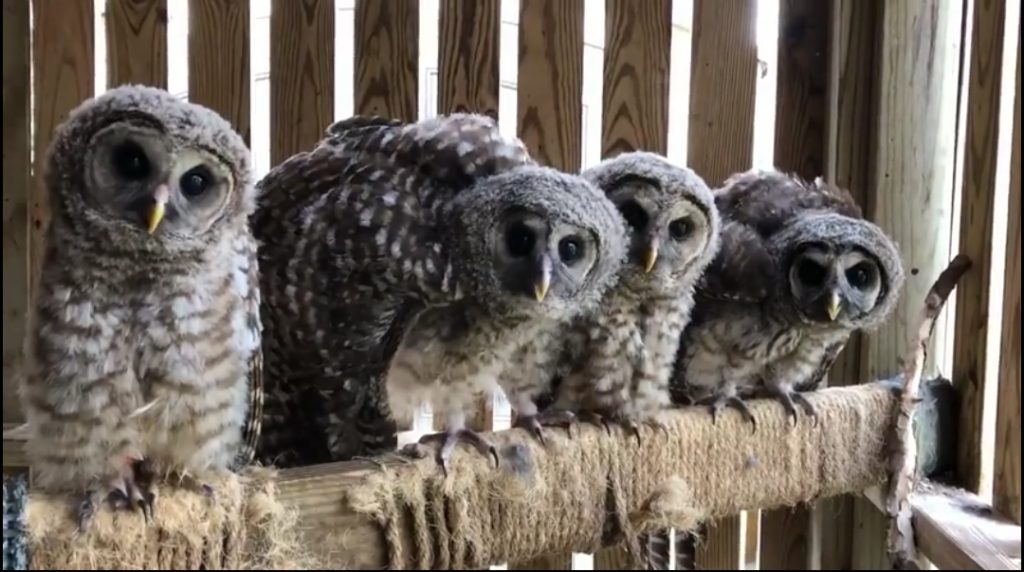 A Friday night in April was an awful night for Hootie, a Barred Owl fledgling who had fallen from his tree to the road.  If it wasn’t for his rescuers, Joretta Meredith and Robert Lindsey, it would have been much worse.  They rescued him from the fog line of the road and gave him the nickname “Hootie”.  After “beefing” him up all weekend on a diet of raw chicken at 4 a.m. feedings, Hootie was taken that Tuesday to Raptor Rehabilitation of Kentucky Inc.

“I really wanted to bring some awareness about this,” Meredith said. “Too many people try to keep them as pets and they die in captivity.  This is so sad.”

Raptor Rehabilitation of Kentucky Inc. is a non-profit organization that rescues and releases sick, orphaned or injured birds of prey.  Their work started in the 1980’s and they take in between 250-300 sick, injured, or orphaned raptors every year.  They get the bird healthy and once meeting the weight for the bird, they bring it back to where it was found or close to that spot. Then, release it.

Hootie was placed with two surrogate parents, Brewster and Schatzi and after three months of learning to be an owl.  Hootie was released by his rescuers back to Mohawk on August 2.