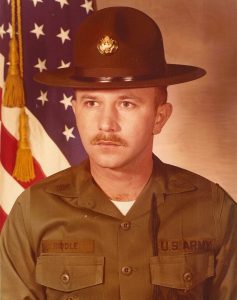 MAGNOLIA – Terry Lane Riddle, passed away Sunday, August 5, 2018, at his daughter’s home. He was the son of the late Lloyd Riddle and Etna Estes Milby of Edmonton who survives. Mr. Riddle was a US Army Veteran and of the Baptist Faith.

Besides his father, He was preceded in death by his grandparents Ellis and Emma Estes.

Funeral services will be held 1:00 p.m. Thursday, August 9, 2018, at Butler Funeral home in Edmonton with burial in the Jessee Cemetery. Visitation will be from 5 until 8 p.m. Wednesday and after 9:00 a.m. Thursday until time for the services at the Funeral Home.