One would be hard pressed to define the culture of small town life in America without including the hometown team. The Smithsonian Institute has not only acknowledged this, but has created a traveling exhibit to celebrate it.

Hometown Teams is part of Museum on Main Street, an effort of the Smithsonian Institution Traveling Exhibition Service created in 1994. The exhibit making its way to Main Street in Horse Cave is the realization of a dream that many have held and worked toward for three years now.
“It took us about three years to make this happen,” said Horse Cave Mayor Randall Curry. “We had a lot of talent that came through this community, we are so proud.”

“There’s a lot of hard work that has gone into this,” said Cave City Mayor Dwayne Hatcher. “If you look at some of the displays you’ll see a lot of folk, a lot of memories. We are certainly excited to be part of this, to recognize our fans, our history, and great accomplishments, and how it has brought this community together over time.”

The exhibit seeks to convey the great importance that sports play in not only shaping lives, but entire communities. While both local and national sports are on display, perhaps the greatest display of the power in sports can be seen as one witnesses the communities of Horse Cave and Cave City move from segregation to integration, and the creation of Caverna Independent Schools.

“There were so many things that divided us as a community or as a country, and then Friday night lights with the football, and with the sports, brought it back together,” said Clarence Glover, Caverna alumnus and former Boston Celtic.

“What fascinated me so much is that I’ve lived here my whole life and yet did not know some of these things. The biggest part of being a Colonel is the way Caverna came together. It’s so impressive, it’s so exciting to even know it today,” said Bruce Gentry. “Inside you’ll see something amazing.”
Trophies and uniforms line the walls of the Thomas House in Horse Cave to remember and celebrate the achievements and cultural contributions that athletics have made throughout the years in the community. As the exhibits first visitors poured in following a ribbon cutting ceremony on Saturday, July 14, exclamations could be heard in every room as the impact of days gone by was remembered.

“We want you to vicariously be back to the days in the 1950s, it takes you back to then,” said Glover describing how the committee desired for the display to bring back everything. “And brings you up to a tall skinny kid from Henry County, who Horse Cave embraced.”

The nostalgia and history, and fascinating facts in the world of local sports around the nation will be on display in the Thomas House (111 Main Street, Horse Cave) now through August 18. The exhibit is open Fridays and Saturdays 10 a.m. to 6 p.m., and Sundays 1 p.m. to 5 p.m. Weekday visits are available only by appointment. Admission is free. For more information call (270) 786-2680.

“We are excited to open the Smithsonian Traveling Exhibit here in Horse Cave.We are looking forward to you participating, and others you will tell- what sports means to you, and what team sports mean to each one of us,” said Ken Russell. 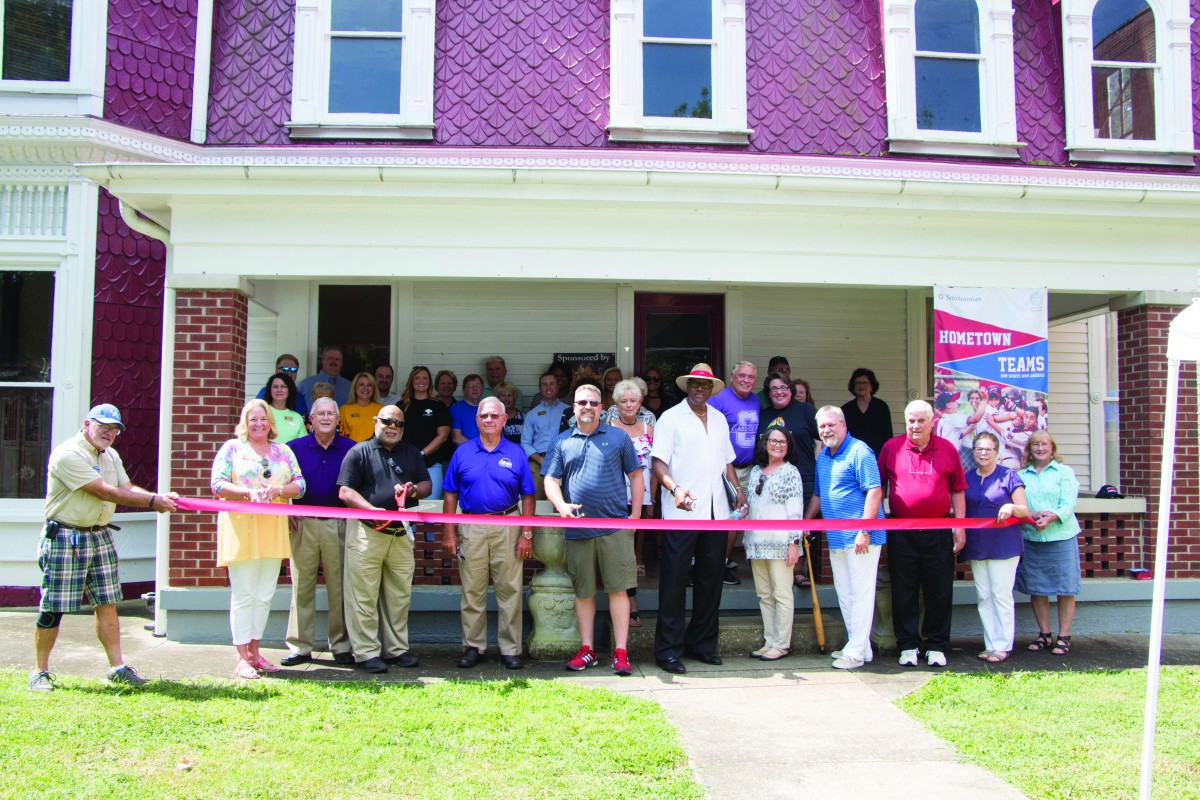 The committee to bring Hometown Teams to Horse Cave was joined Saturday, July 14 by Caverna alumni, local businesses, and local officials for the official opening of the Smithsonian traveling exhibit.