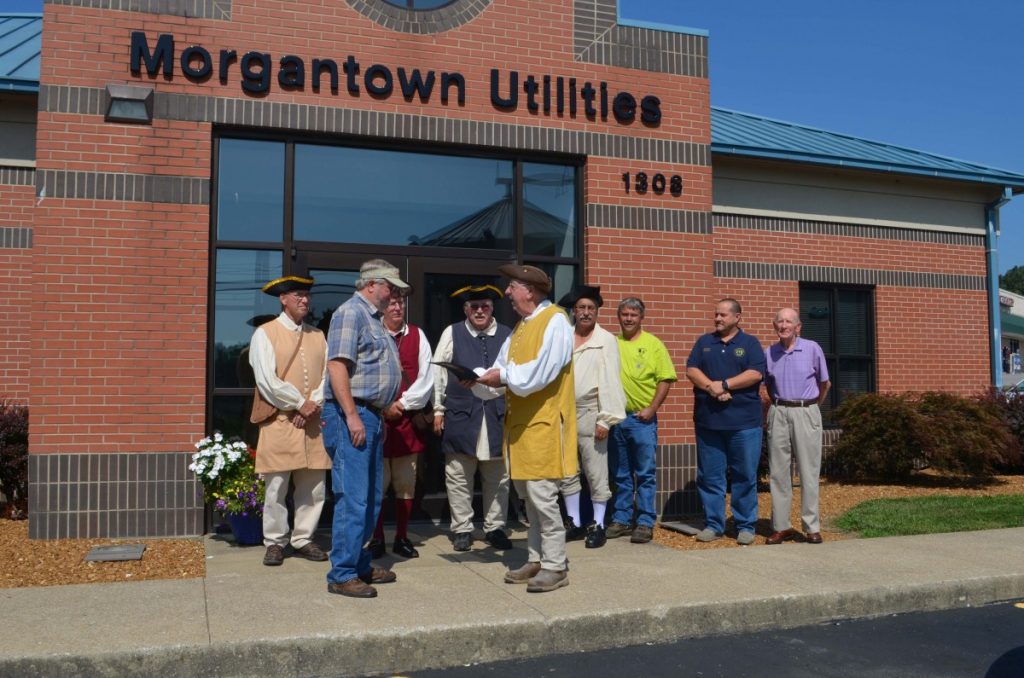 Patriotism is a very important thing to families in Butler County. The flag is displayed proudly in front of several homes and businesses in numerous locations within Morgantown and Butler County. Each of the colors on Old Glory depicts a specific meaning; white stands for purity and innocence, red shows hardiness and valor, and blue (the broad band above the stripes) signifies vigilance, perseverance, and justice. It tells of America’s history and the sacrifices made to keep the country safe. People purchase the flags and display them to show backing for the lineage of Old Glory. They choose to be a part of something bigger than themselves.

That is why the General Richard Butler KYSSAR chapter chose to take on the task of recognizing said folk for their dedication and responsibility of displaying the flag properly. The guidelines state that when displayed either horizontally or vertically against a wall, the union should be uppermost and to the flag’s own right. What this means is it should be to the observer’s left. If a person chooses to display in a window, the American flag should be displayed in the same way. The union or blue field should be to the left of the observer in the street.

According to members of the chapter, a different business in town will be recognized each month for displaying the flag properly. This month, on July 13, Morgantown Utilities received the certificate of appreciation. Randall Gaskey, Morgantown Utilities Superintendent, was in attendance to receive the document from the SAR. He was thankful for the location to be honored.

This is the second of locations in Morgantown to be recognized. The Butler County Fiscal Court received notoriety on the courthouse lawn during the Flag Day program this year. Recipients are chosen each month during the regular meetings of the SAR.

The SAR is a lineage society. Each of the chapter members has family members who date back to supporting the cause of American Independence, which is during the years 1774-1783. For more information on the General Richard Butler KYSSAR, visit https://www.facebook.com/groups/344099262591947/.