PJ Martin The Herald-News – If you have driven down North Main Street recently you likely noticed the Metcalfe County Government Center building towering above all nearby.

According to Sr. Project Manager Tommy Hatcher of Scott, Murphy, and Daniel, everyone should start to see the finishing touches on the outside of the building in the next week.

The original construction scheduled had a completion date around June 29th. Hatcher stated that the completion is now expected around the first of August unless the weather doesn’t cooperate or they have a last minute change, then it might be the middle of the month.

There have been a few plan changes along the way that delayed the schedule such as the brick work on the sides and front of the building. Originally, the plan was to have siding on the sides and brick on the front, but the decision was made to brick the entire building. “It does look nicer,” stated Hatcher, who went on to say proudly, “It’s going to be a beautiful building when it’s finished.”

As of right now, the elevator is in, painting is finished, tile has been laid, and the cabinets have been installed, noted Judge/Executive Greg Wilson.

Crews are still working on the floors in the offices, the trim work, installing doors, and finish all the little details.

The plan is to complete the building part by the end of July. After that, work will begin on the exterior of the site, with the pouring of sidewalks, curbs, and blacktopping of the parking lots.

Wilson pointed out, “We’re going to gain parking spots, better access for the public with the elevator, and the sheriff, clerk, and PVA offices will all be in the same building.”

Anyone who has ever struggled to climb the steps of the historic courthouse should be thrilled to hear the new government center is ADA compliant with an elevator and a front entrance on street level.

Wilson wants to let everyone know that a big open house will occur once all the offices are moved into the Metcalfe County Government Center. “It’s an exciting time for Metcalfe County.” 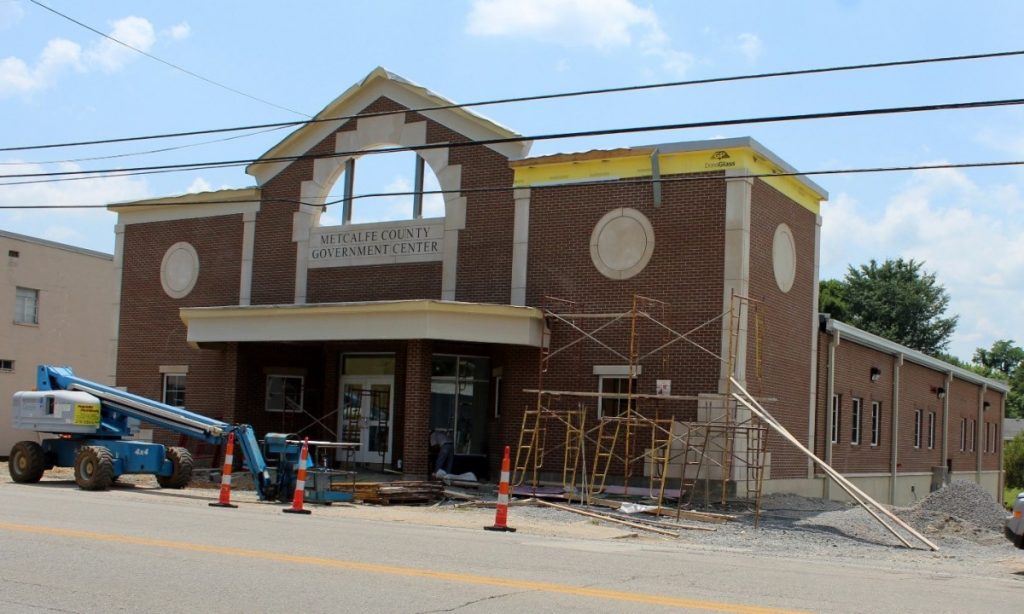 Workers were installing trim on the front during the heat wave Thursday. You can see how the front entrance is level with the street. 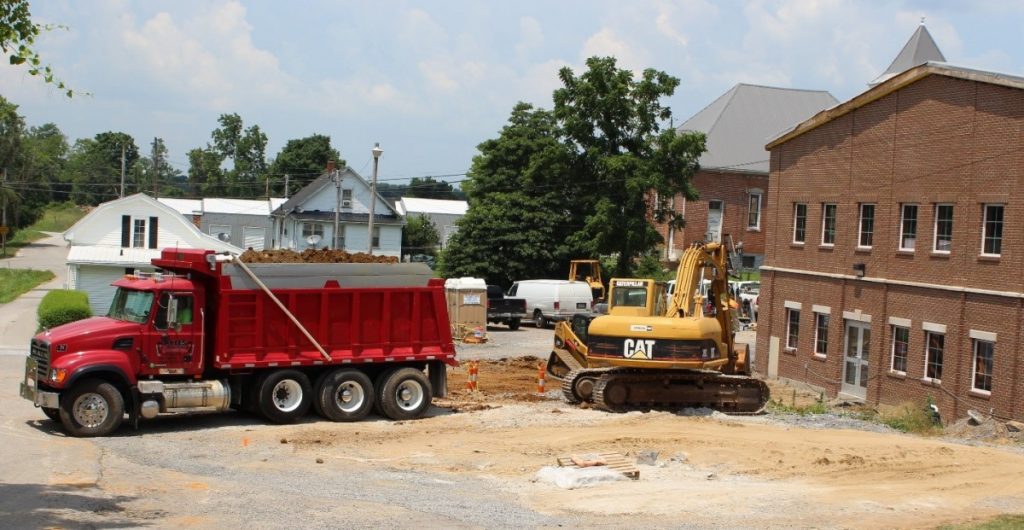 Crews were also moving dirt in preparation for the back parking area. The space between the new building and the church will also be a parking area.PJ Martin/The Herald-News