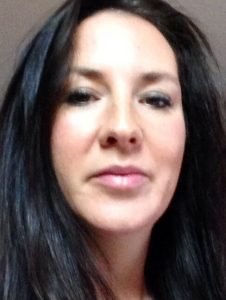 By Jennifer Moonsong Jobe Publishing Regional – Oh very young, what will you leave us this time? A few of you out there will recognize that like as part of an old song first released on vinyl back in 1974.

Baby boomers. Millennials. Generation X. Every generation has its title to either live up to or overcome. I don’t yet know what they are calling the generation of children now three to six years old, or if they are calling them anything at all, but if a title hasn’t been given, I have a suggestion. They can be The Watchers, because as far as I can tell, many of the kids in this Youtube watching generation are just as happy (or happier) to watch other kids opening toys and surprise eggs, and eat candy, as to do things themselves.

When I was a kid, doing anything- playing in the rain , drawing a picture, making a mudpie or riding my bike- was significantly more interesting that watching something.

This great shift over the past few decades is a major testament to how consumed our nation has become with electronic gadgetry.

Screen time is at an all time high, while experts recommend no more than an hour a day.

For many parents today, YouTube has become a babysitter, a childhood companion and a teacher all in one; And not in neat little sitcom-sized thirty minute segments. Many children pass their time glued to the screen, completely mesmerized by the activities of other children. Sure, their are some educational themes like learning colors and numbers intertwined, but for the most part the popular Youtube draws for kids involve hours of mindless entertainment that teaches the names of toys, candies, and logos for various toy companies, junk food and fast food companies. Many may feel they are omitting commercials by choosing this sort of programming over traditional TV, but the reality is that most of those programs are long and drawn on infomercials wrapped up in the shiny ribbons and bows of seemingly wholesome entertainment.

Worse still, this is not uncommon. It is the new norm. As a parent who tries to stay aware of what is trending in the world my child is a part of, it is concerning, but I do have some solace: Most every generation rebels and fights against what they’ve been handed.

If these little watchers get older, and realize that life is passing them by and rebel against the fate they’ve been handed, they are destined to be the most productive and revolutionary generation yet.

They will wake up one day and become the doers, and the movers movers and shakers who transform the world for the better.

At least I hope that’s the way it goes.

As for now, I hope that children are still compelled to enjoy summer in the great outdoors: fishing, swimming, and watching sunsets instead of YouTube.