The military retreat ceremony signals the end of the official duty day and serves as a ceremony for paying respect to the United States flag. This retreat was held to pay respects to those brave

young men who gave their lives in battle 74 years ago. 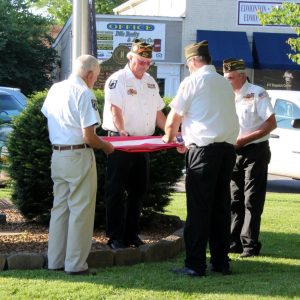