When one journey ends, another begins. On May 26, Don Elmore, and Cayden Taylor were in the “Bridge Over ceremony” for Cub Scout Pack 208. After earning their Arrow of Light badge, the highest honor for Cub Scouts and the only badge that can be carried over to Boy Scouts.

Their parents Scott and Felicia have helped their sons since 2002, scouting is their life.

Some of the many projects that were completed in the past year were: Bird House building, hiking, camping, knot tying, Leave no Trace, Super Leader, rocks and minerals, Duty to God and many more. Don and Cayden participated in the face painting and Bridge Over ceremony in front of Scout Leaders, Boy Scouts, family, friends, and Cub Scouts. Cayden’s parents Josh and Kristy commented that he loves the outdoors and completed many of the requirements in record time.

Tristan Elmore told all the boys that they were all on the right track by being here for the ceremony that took place.

The mission of scouting is to prepare young people to make ethical and moral choices over a lifetime. These are instilled by scout leaders, parents, family and fellow scouts.

For 108 years, Boy Scouts of America has been producing loyal, brave and reverent citizens.

Everyone in attendance was deeply moved by the accomplishments of all these scouts to keep themselves physically strong, mentally awake and morally straight. 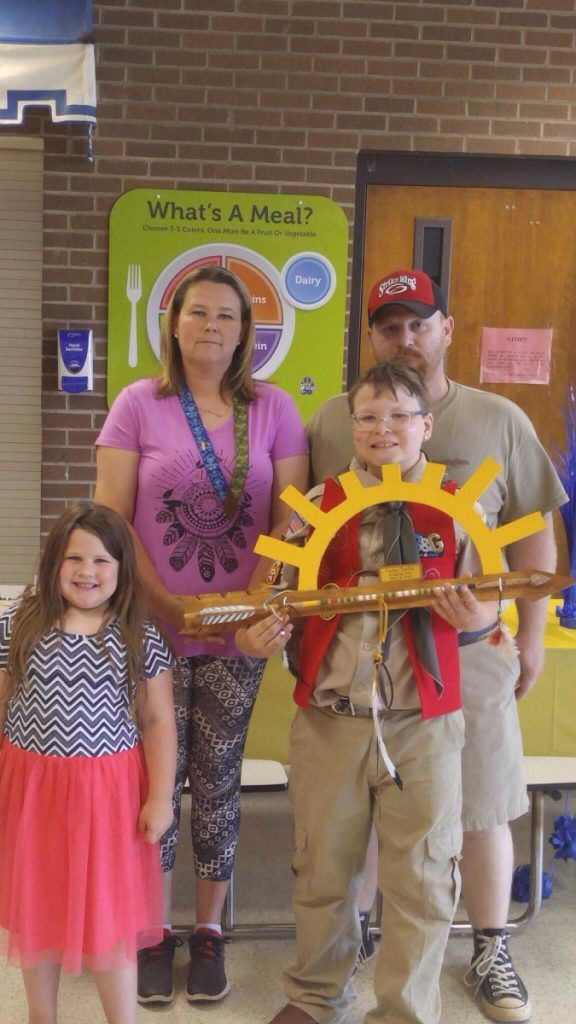 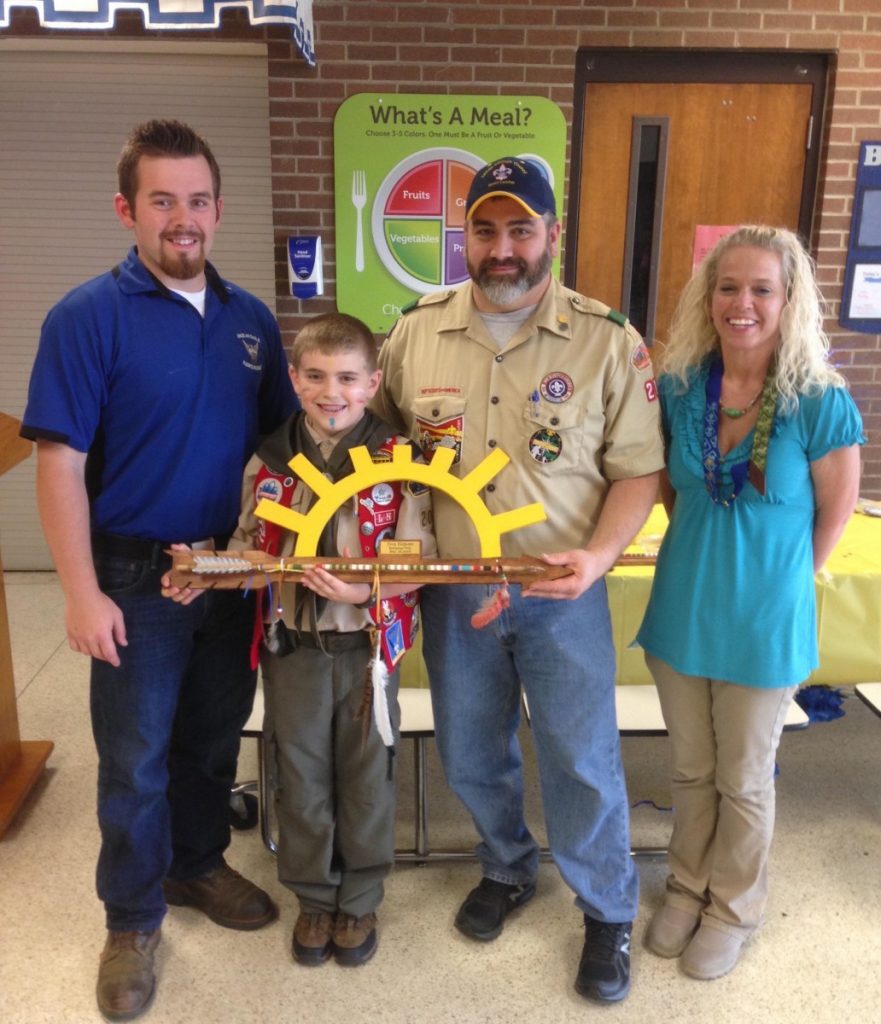 Left, Tristan Elmore, Don, Scott, and Felicia. Don is holding the Arrow of Light plaque that was awarded to him. 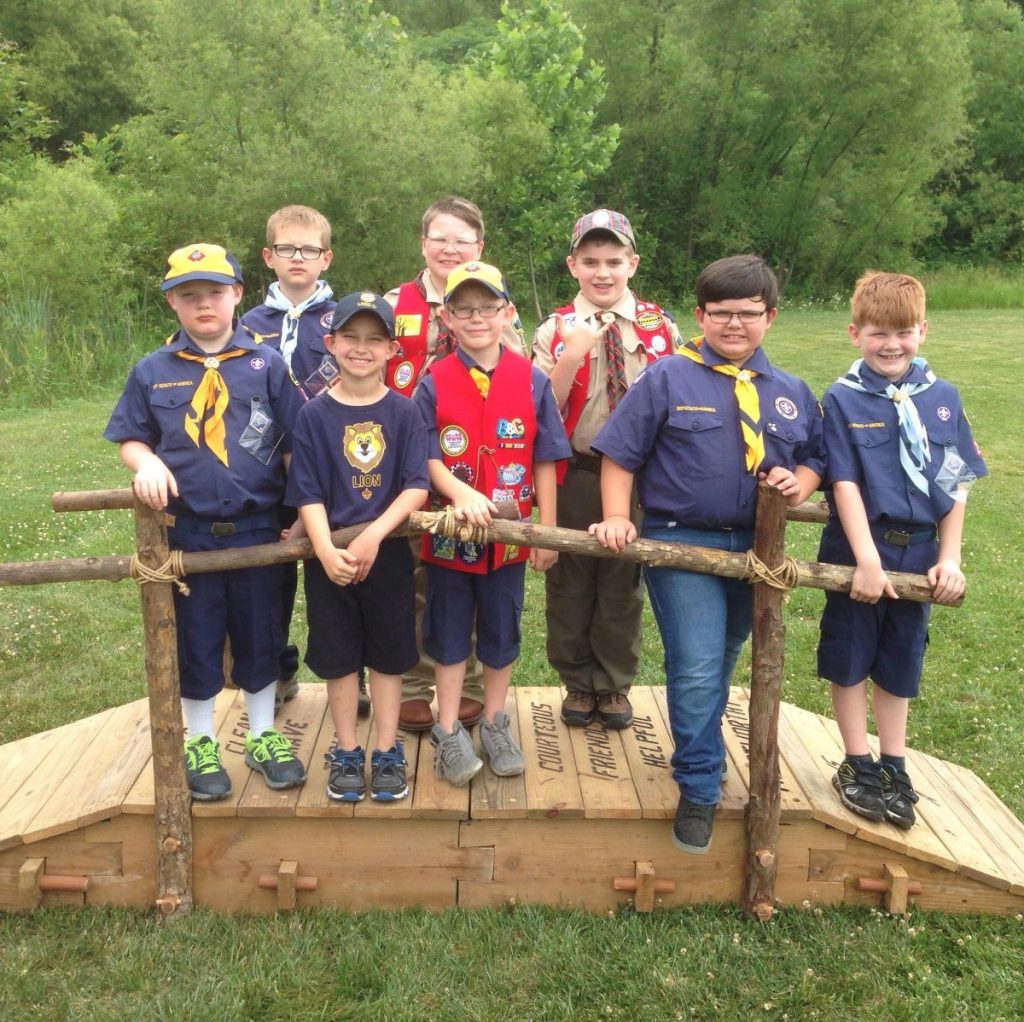