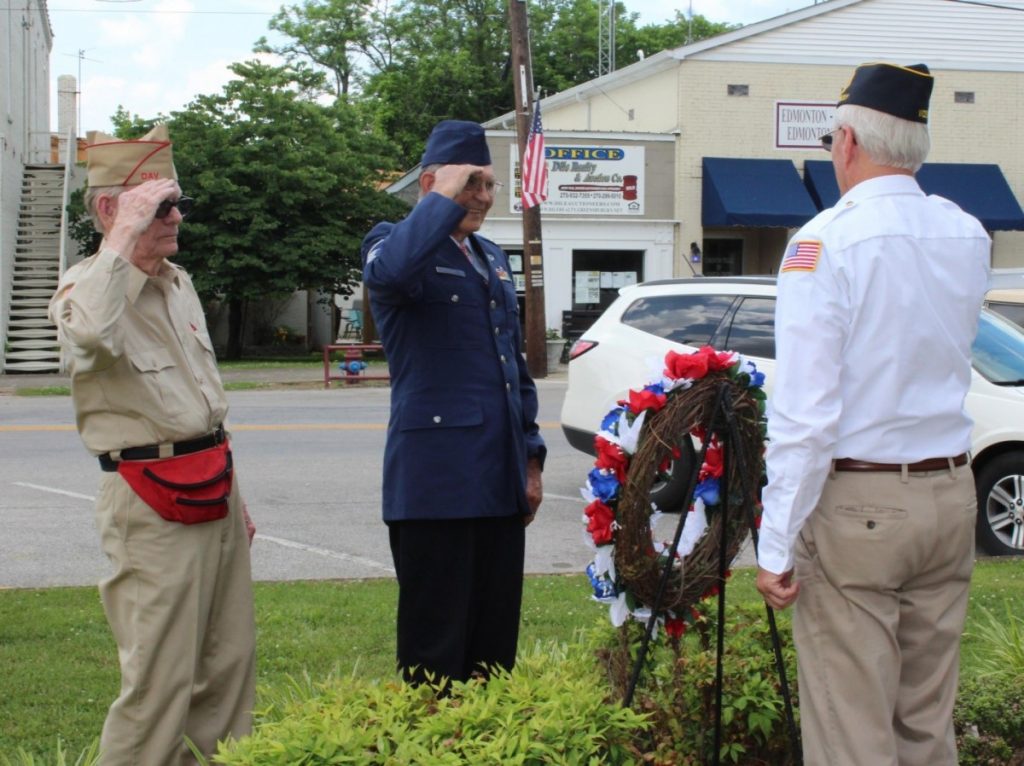 Veterans, their families, and friends gathered on Sunday, May 27, on the lawn of the historic Metcalfe County courthouse to honor the men and women who have given their lives in service to our country.

The service was co-sponsored by the American Legion Post 65 and VFW Post 6287. Commander Bill Lagermann opened the ceremony and led the crowd in the Pledge of Allegiance.

This year’s guest speaker, Ron Devore, was unable to attend due to health issues, but Lagermann presented the story of Devore’s service in the Korean War and his time as a POW. The names were read of Metcalfe Countians who gave their lives in the line of duty and Taps could be heard as a wreath was placed at the war memorial. 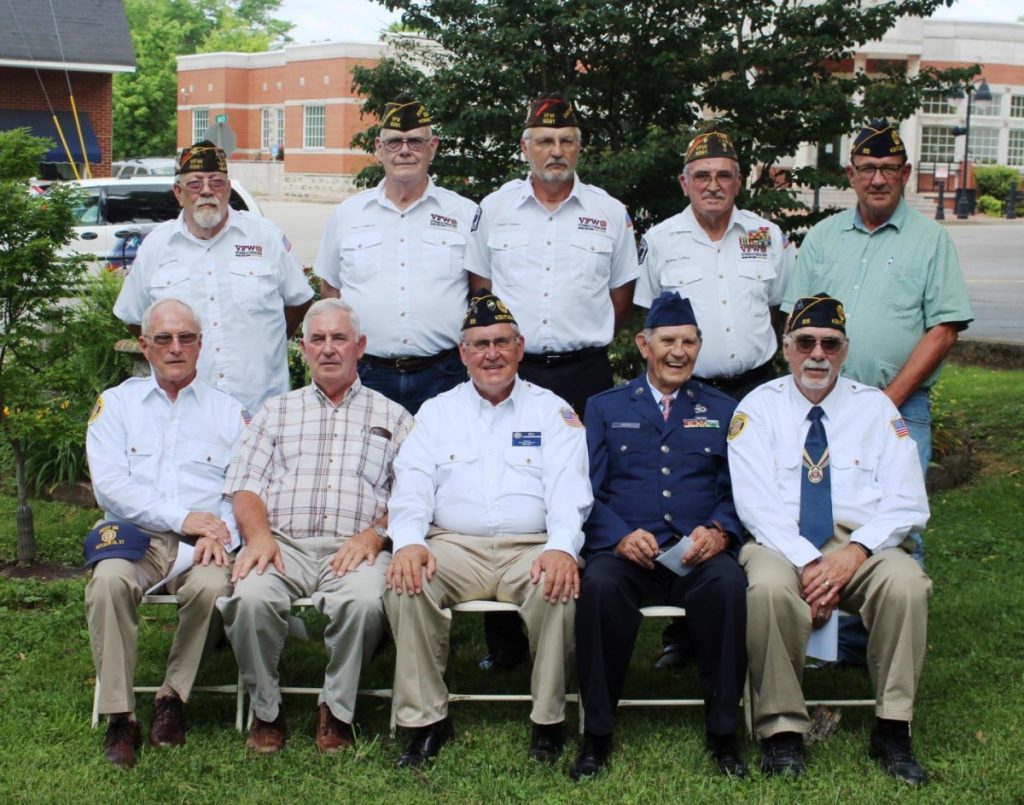 In honor of the 50th anniversary of the Vietnam War, a photo was taken of those who were active duty at the time of the Vietnam War. Front row: Bill Lytle, Harold Stilts, Bill Lagermann, Floyd Fields, and David England; Back Row: Wayne Kirby, Owen Luckey, Jr., Charlie Costello, Bobby Coffey, and Jack Vrocher. 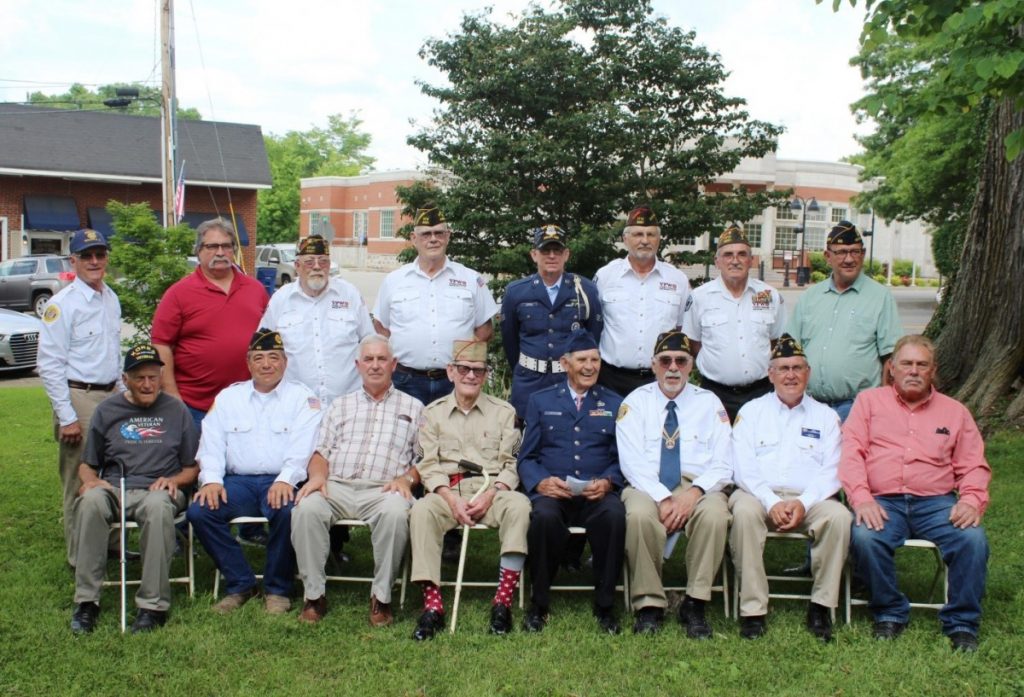