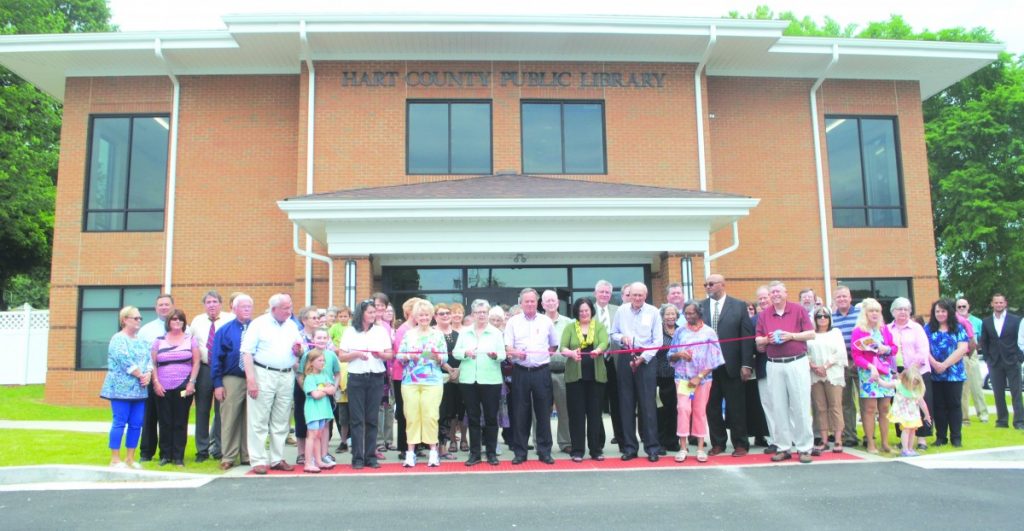 Members of the Library Board and others assisted in cutting the ribbon at the Library Open House while friends of the library supported them. On the ribbon, from left, are Board members Patricia Kirkpatrick, Penny Chelf, Kentucky Library and Archives Consultant Marsha Griffith, Board member David Houk, Librarian Vickie Logsdon, Board President Tommy Ferren and Board member Shirley Thompson.

Board members, government officials, their representatives and mostly friends of the Hart County Public Library attended the Open House and ribbon cutting for the new and much improved library recently completed.

The ribbon cutting was the first order of business, and Magistrate Gary Gardner said an opening prayer after everyone had gathered outside in the front of the library. Special guests of the Open House were John Barbour and Eric Gregory, who, as young boys, attended the first ribbon cutting held in July of 1970. The Board members, Head Librarian Vickie Logsdon and Regional Consultant from the Kentucky Department of Libraries and Archives, Marsha Griffith did the honors at the ribbon.

The crowd then gathered in the conference room where Hart Co. Chamber of Commerce Executive Director Virginia Davis opened the program.

Speaking on behalf of Ms. Logsdon and library staff, Bookmobile Coordinator Jennifer Richardson traced the history of the public library in Hart County and gave credit to Mary Elizabeth Carden for the design and construction of the original library building, which opened in July of 1970. 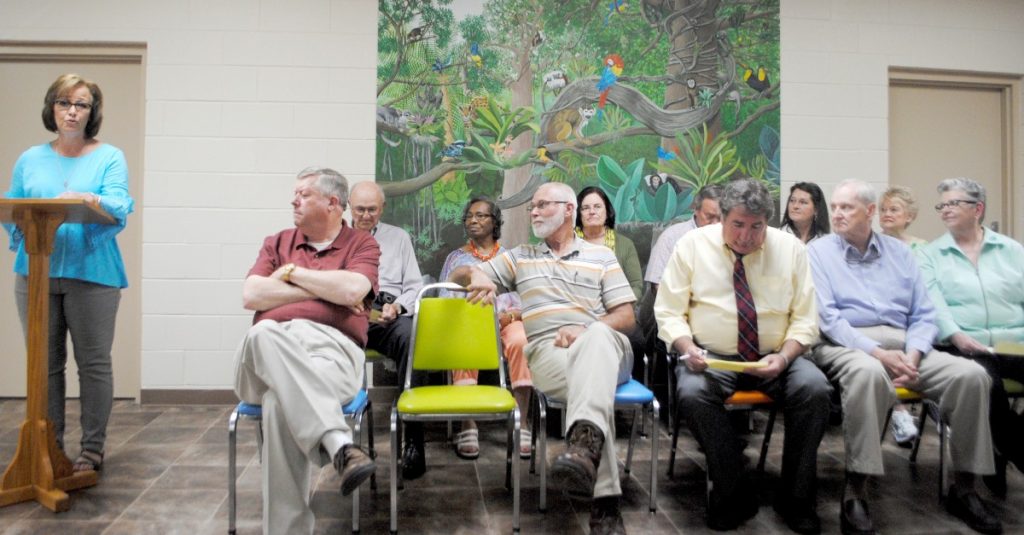 Judge/Executive Terry Martin gave credit for the new facility to Librarian Vickie Logsdon, who saved her money for several years with the intention of paying for the improved library. He also noted that there was now more access to computers, particularly one which was designated for people to use to apply for job openings.

Judge/Executive Martin also recognized two of his magistrates, Ronald Riordan and Gary Gardner, in attendance. He also recognized local State Senator Steve Meredith, State Representative Bart Roland, who were present for the event, and representatives of our U.S. Congressmen.

Kentucky Department of Libraries and Archives, Regional Consultant Marsha Griffith spoke briefly and congratulated the Board for the hard work they had done to make the library a reality. She said the community will be proud for years to come to have such a fine facility in the county.

Board President Tommy Ferren ended the formal program with a few comments and once again thanked the Board members for the hard work they had done to make the facility possible.