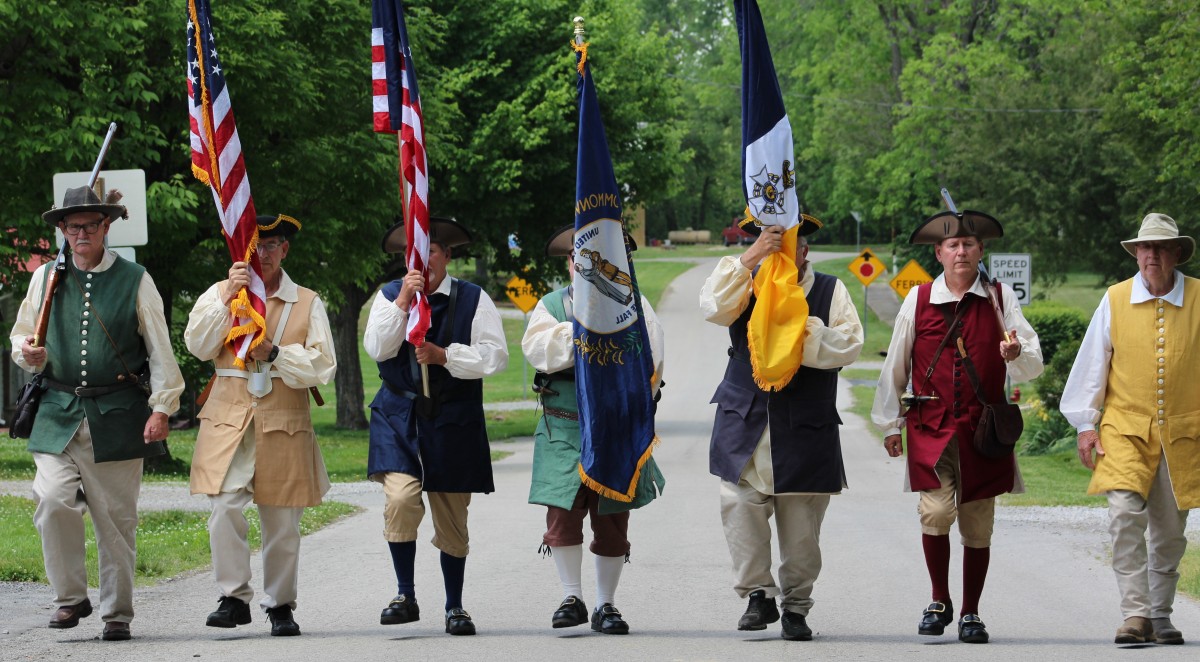 Butler County is a bountiful display of interesting historical facts. Each of the communities within it tells their own story of how things came to be. Rochester is the latest in that installment. On May 12, families traveled to the town in celebration of the history of that location by having a Suffolk Marker dedication.

The General Richard Butler KYSSAR chapter headed up the experience. Spokesman Roger Givens was the emcee for the day. Several local dignitaries spoke on behalf of the marker and its significance to the town.

Givens added, “this is a historical event. It is a great day for many of us who have researched this for a number of years. We are all really happy to get this marker today.” 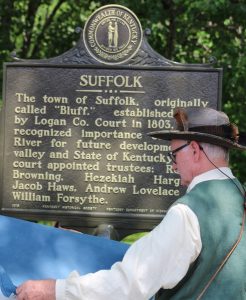 Boyd Truelove helping to unveil the new Suffolk historical marker that is located in Rochester.

Butler County Judge-Executive David Fields, “a lot of people have worked hard on this for several years. We are honoring ones in the past and also providing a great thing for the future.”

Rochester Mayor Martha Roe thanked everyone for coming out.

She added, “several people worked a lot of hours to get this done.”

The Kentucky Historical Society also sent a representative to be in attendance. Since 1949, the Kentucky Historical Society has had a marker program. Over 2,100 of them have been installed in the Commonwealth. There is at least one marker in every Kentucky county. Information about these can be found on the Explore Kentucky app. Their mantra is studying history and how the past influences the present. The markers make things more accessible throughout the Commonwealth. 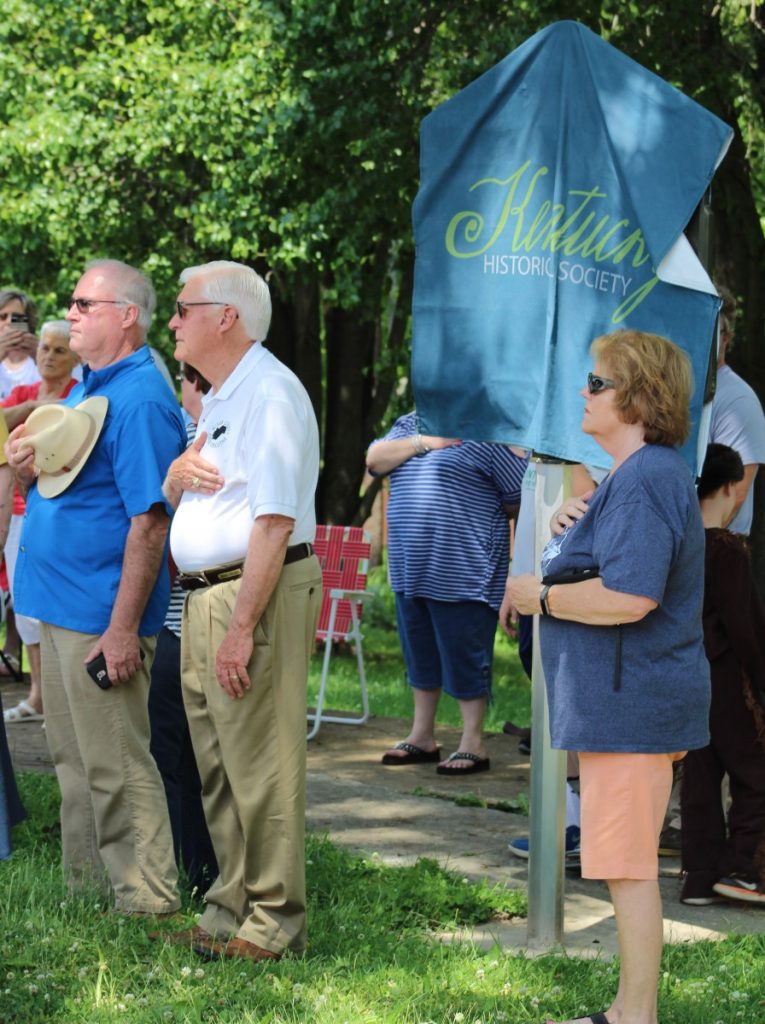 Butler County Judge-Executive David Fields and Rochester Mayor Martha Roe were two of the individuals who spoke to the public during the dedication.

According to Truelove, Virginia broke out into three counties; Jefferson, Fayette, and Lincoln. Kentucky officially became a state in 1792. In September 1792, Logan County was created out of Lincoln County. The historical marker is connected back to Jason Reddick, who was a Revolutionary War soldier from Virginia who served in the Continental Army. His son was Thomas Reddick. The son inherited the father’s Revolutionary War grant.

Jason was awarded 4,000 acres for his esteemed service. Thomas was instrumental in the creation of 100 acres of land that became known as Suffolk. In 1803, Thomas had financial problems and was forced to sell a lot of the land off. He was suffering from financial difficulty. That is why Suffolk never got developed. In 1804, Thomas went to St. Louis and became a merchant banker, and politician.

Butler County was formed in 1810. Suffolk was the first county in Butler. Later on, there were 28 counties that came out of Logan County. Suffolk became known as a forerunner to Rochester. It became a town in 1839 after Suffolk was annexed.