A firestorm on Facebook sparked when Harold Cottrell posted on the Remembering Munfordville
Facebook page on May 2 that Civil War Days would look different this September than it has in years past.
Fearful of losing beloved traditions such as the Battle of Munfordville re-enactment and the Blue and Gray
Ball, many members of the community came to voice their opinions at the Munfordville City Council
meeting on Monday, May 7. 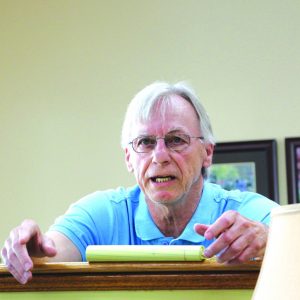 Harold Cottrell was appointed by Mayor John Freeman to oversee a Fall Festival.

Cottrell was appointed by Mayor John Freeman nearly two months ago to organize a Fall Festival, incorporating Civil War Days with Remembering Munfordville. The appointment was made after the few that had organized CWD in the past received no new volunteers or funding for the event this year.

Danette Skaggs, a lifelong Hart County resident, addressed the council Monday evening. Angered over actions and words exchanged on social media Skaggs questioned the Council for how their decision was made to appoint a new leader for the festival, the origins and spending of Civil War Days (CWD) funding, remarks made on low crowd attendance and participation, the importance of the event to local education, culture, revenue, and identity, and the lack of communication leading to the decision.

“We discovered last week that those rumors (changes coming to CWD) were true,” said Skaggs. “These memories are things I will cherish forever. Our community was built on Civil War. We are the Battle of the Bridge. You cannot change history.” 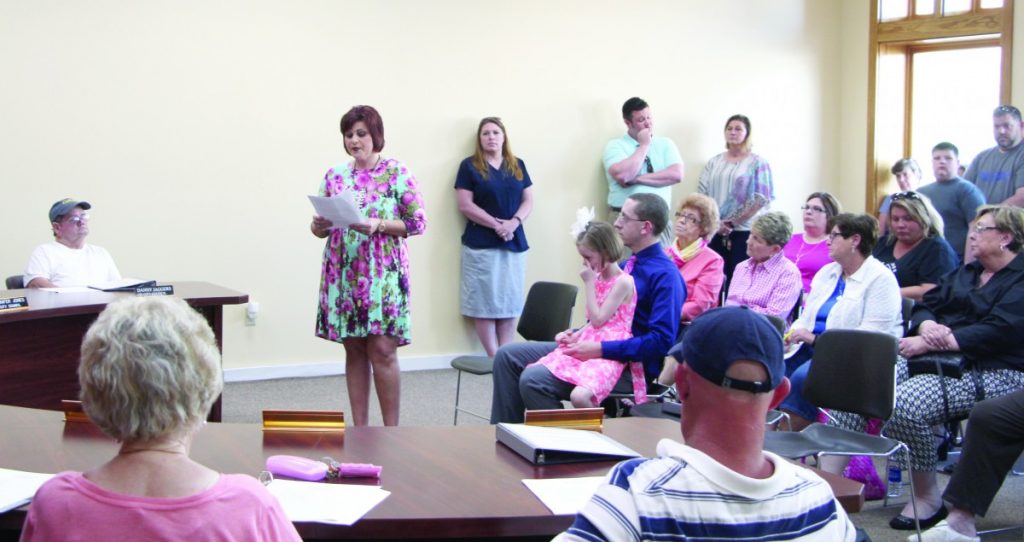 Danette Skaggs received news of proposed changes to Civil War Days through social media and addressed her anger and concerns over those changes during the City Council meeting on Monday, May 7. Re-enactor Brian Mercke, as well as several others accompanied Skaggs from the community that she encouraged to attend. The involvement sparked the creation of a committee to oversee the festivities.

Along with concerned citizens, Skaggs was also accompanied by Brian Mercke a re-enactor of Madisonville, KY whose battalion voted in January to be involved in the Battle of Munfordville.

“I’m here today to offer what I can to help organize and plan this, more importantly, take care of the armies and make it easier on you all,” said Mercke addressing the Council, also mentioning he spoke with Cottrell prior to the meeting and would be meeting with anyone willing to help plan that evening.

“We want to have the festival, but when you don’t have people, it’s hard to do,” commented Freeman. “We need help. If everyone here would help this festival would be awesome.”

“We have a chairman (Cottrell) of what was called a Fall Festival. If there is a groundswell of community support, execute that Festival and make it the best Civil War Days ever done. It’s on the block because people have thought there was a lack of interest; attendance tonight indicates to the contrary,” suggested City Attorney David Clement. 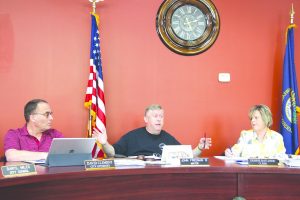 “I love this town,” said Sara Beth Terry who moved to the area last April. “If we want to be something and do something with this, then put your money where your mouth is and let’s go over and talk to Harold and form a committee.

Community members, Cottrell, Clement, and Councilwoman Macy McDowell spoke in rounds for approximately thirty minutes on the topic when it was decided that those interested would meet next door at the Historical Society with Mercke and Cottrell to develop a plan. As a result of the passions of all in attendance a committee was formed.

Monday evening began in controversy but was transformed into the opportunity for communication through passionate community members whose energies to become involved were contagiously renewed.

Information on how to get involved in the event can be found on the group’s new Facebook page, Hart County Civil War Days: Munfordville Past, Present & Future. The will meet on Tuesday, May 15 at 6:30 p.m. at the Historical Museum.

In other business a first reading of ordinance (2018-005) revising the rates and charge for the use and services of the Municipal Water and Sewer Systems of the city was done which would repeal former codes prescribing monthly rates and charges.

A second reading of Ordinance 2018-003 was passed unanimously that will deal with all property tax issues in one consolidated ordinance, as opposed to different ordinances used in the past.

A resolution was also passed unanimously concerning a grant for an air compressor for Water and Sewer. The current compressor is a 1950’s model. The grant will go towards the $21,000 cost of a new air compressor. Later the purchase of a hammerhead for $4,000 passed as it was not included in the grant but needed for the work to operate on pipes under the road without cutting the road.

A proclamation was approved, proclaiming the month of May as Older Americans Month.

Based upon concerns voiced to the Mayor the Council decided to receive bids on cleaning and fixing the boat ramp at the park with concrete.

The Council also decided to purchase four security cameras for the sports complex at the price of approximately $3,000 total.

In new business Councilman Daryl Miles addressed the need for air in the concession stand at the sports complex. The Council agreed to receive bids on the project.

The purchase of a new police vehicle at approximately $30,00 with a five-month wait for the vehicle to arrive was made unanimously. A vehicle was purchased two moths ago and is expected to be ready in approximately two weeks.

The Fire Department reported 11 runs in the month of April, and commented 11 have already been made in the month of May. 208 hours of training have been completed, and the fire hydrant bought by the county will be placed at Louisville Bedding. Improvements are continued in the firehouse. A heads up was given that the department is in need of a new brush truck.