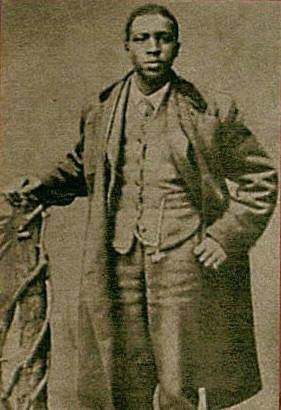 The first Saturday in May is upon us – Kentucky’s day of days, the likes of which there is no other. The Kentucky Derby traces its roots to May 17, 1875 when an estimated 10,000 people gathered for the opening day of racing at the Louisville Jockey Club. Three races filled the card that day, one race being the Kentucky Derby with a field of 15 three-year old horses.

African American jockey Oliver Lewis was wearing the green and orange racing silks of “McGrathiana,” the farm of Hal Price McGrath. The 19-year old was astride Aristides, a chestnut thoroughbred with a white star and two hind stockings. The horse was small, never standing more than 15 hands; he was named for McGrath’s friend Aristides Welch of Pennsylvania. With odds of 29 to 10, Lewis’s steed wasn’t expected to win but after 2 minutes and 37 seconds, he won by a length and took the $2,850 pool. Ironically, McGrath had two horses in the race, the second being the highly favored Chesapeake ridden by William Henry and who fell behind and is merely a footnote in racing history.

A native of Keene in Woodford County, Hal Price McGrath grew up in poverty in Versailles. A colorful character, he was riding riverboats as a gambler in his 20s, and for a while worked as a tailor’s apprentice. Those who knew him, considered McGrath to be “a brawler, a high roller, and a thoroughly nasty piece of work.” In 1849, he left Kentucky for California where the Gold Rush was underway. Working in mining camps as a gambler, McGrath made enough money to open a gaming house in New Orleans. From there, he moved to New York where he made a fortune running his gambling house. 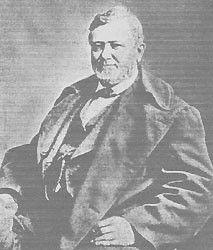 In a single night, McGrath won $105,000 which allowed him to return to Kentucky in style. While the landed gentry of the Bluegrass knew McGrath’s rough-and-tumble past, they were all too happy to overlook it when he began buying costly horses and land which he established as McGrathiana stud farm. McGrath’s sumptuous mansion was the scene of lavish parties where horsemen, political figures, and socialites rubbed elbows while sipping Kentucky bourbon and drinking from what one attendee described as an “restless ocean of champagne.” Today, McGrathiana is known as the University of Kentucky’s Coldstream Research Farm.

Aristides’ trainer and jockey were both African Americans. Trainer Ansel Williamson was born a slave in Virginia around 1810 and learned to be a horse trainer and breeder. Following the Civil War, he continued to work conditioning horses as a free man. Aristides was not Williamson’s only success, he trained numerous noteworthy horses and was inducted into the National Museum of Racing and Hall of Fame in 1998.

Jockey Oliver Lewis was born in Fayette County in 1856. He went on to have six children and later reported on horses’ form to bookmakers—the process of taking bets, calculating odds, and paying out winnings—and became a successful bookmaker himself. Lewis died in 1924 and is buried in Lexington.

Since the first running of the Kentucky Derby, the Jockey Club changed its name to Churchill Downs and the date of the Derby was fixed as the first Saturday of May. 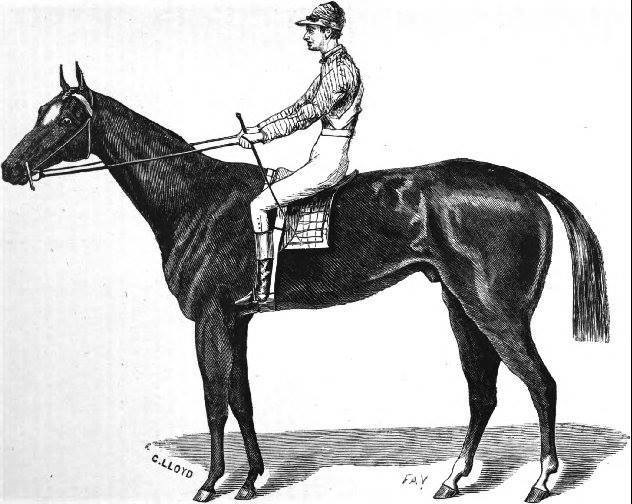 Aristides, winner of the first Kentucky Derby in 1875.

• Between 1875 and 1902, African-American jockeys won 15 of the 28 runnings of the race.
• In 1883, New York socialite E. Berry Wall presented roses to ladies at a post-Derby party that was attended by Churchill Downs founder and president, Col. M. Lewis Clark. This gesture is believed to have led Clark to the idea of making the rose the race’s official flower.
• On May 11, 1892, African-American jockey Alonzo “Lonnie” Clayton, age 15, became the youngest rider to win the Derby.
• In 1896 white and pink roses were draped around the winner’s neck.
• In 1904 the red rose became the chosen flower but the term “Run for the Roses” didn’t come until 1925 when New York sports writer and later Churchill Downs president Bill Corum coined the phrase.
• The 1904 race was won by “Elwood,” the first Derby winner owned by a woman, Laska Durnell.
• In 1915, “Regret” became the first of only three fillies to win the Kentucky Derby.
• In 1917, the English-bred colt “Omar Khayyam” became the first foreign-bred horse to win the race.
• 1919 “Sir Barton” became the first horse to win the Kentucky Derby, the Preakness Stakes, and the Belmont Stakes.
• The term Triple Crown didn’t come into use for another eleven years until 1930, when “Gallant Fox” became the second horse to win all three races and sportswriter Charles Hatton brought the phrase into usage.
• Since 1921 Stephen Foster’s “My Old Kentucky Home” has been played by the University of Louisville marching band as the horses are paraded before the grandstand. Incidentally, “My Old Kentucky Home” was not adopted as the state song until 1928.
• On May 16, 1925, the first live radio broadcast of the Kentucky Derby was originated by WHAS and was also carried by WGN in Chicago.
• The first souvenir Derby glasses were offered in 1939 and continue to be revised annually.
• On May 3, 1952, the first national television coverage of the Kentucky Derby took place.
• In 1954, the purse exceeded $100,000 for the first time. In 1968, “Dancer’s Image” became the first and only horse to win the race and then be disqualified after traces of drugs were found.
• In 1970, Diane Crump became the first female jockey to ride in the Derby, finishing 15th aboard “Fathom.”
• The fastest time ever run in the Derby (at its present distance) was set in 1973 at 1 minute 59 2/5 seconds when “Secretariat” broke the record set by “Northern Dancer” in 1964.
• The 2004 Derby marked the first time that jockeys, as a result of a court order, were allowed to wear corporate advertising logos on their clothing.
• Today, the blanket of more than 400 red roses contains a crown of roses with each stem representing the number of contenders in the race. The rose in the center stands taller and points upward, representing the struggle necessary to reach the Derby winner’s circle.

Sam Terry’s My Kentucky appears weekly in Jobe Publishing newspapers in celebration of the 225th anniversary of Kentucky statehood.  Past columns can be accessed at www.jpinews.com