The safety and well-being of a child are of the utmost importance. That is why volunteers and organizers chose to host a Child Abuse Prevention awareness rally on the courthouse lawn in Morgantown on April 21. Many were in attendance showing their support for such a great cause.

This is the first time that community members have chosen to host a function such as this. It took a great deal of timing and worthwhile effort to make it happen for the area. Jodi Chambers headed up the rally. Several people chose to set up vendor booths giving out various pamphlets and free items to the public. In addition, live music was performed to the audience by a local artist. Richie Bratcher graciously donated t-shirts to those in attendance. Supporters joined together in a march through town, which was led by Morgantown Police Chief Giles Taylor.

Child abuse happens more frequently than one may think. In 2016, an estimated 1,750 children died from abuse and neglect in the United States. Nearly 700,000 children are abused on an annual basis in the United States. Thanks to the diligent efforts of child protective services, an estimated three million children are protected from child abuse. The youngest children have a higher rate of becoming victimized.  Neglect is the most common form of maltreatment. Sadly, about four out of five of the abusers are victim’s parents.

There is a light at the end of the tunnel, however. Community members have chosen to take a stand Against Child Abuse. They want to help. For victims, don’t be afraid to speak up. There are many residents and or licensed professionals who can help. 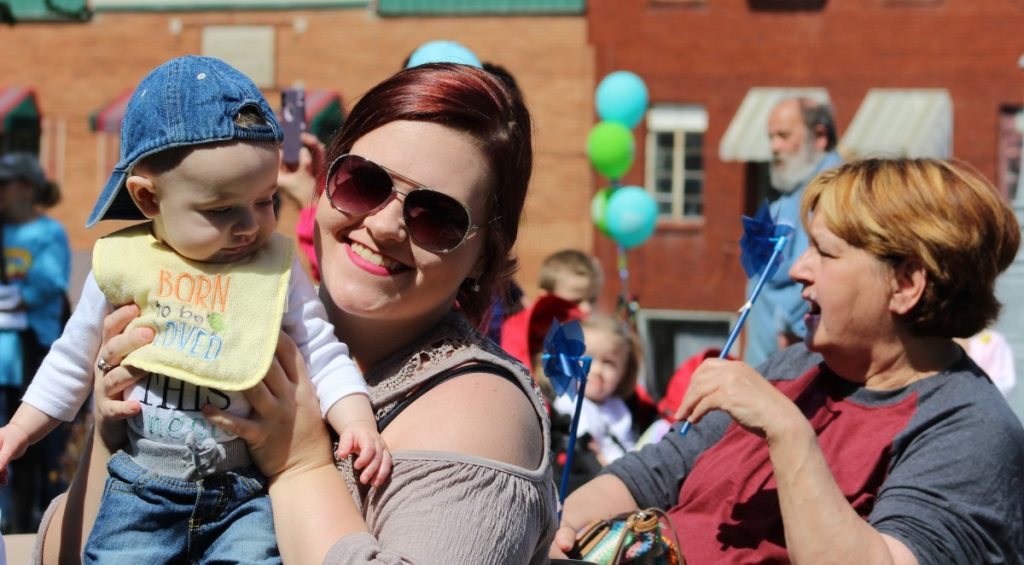