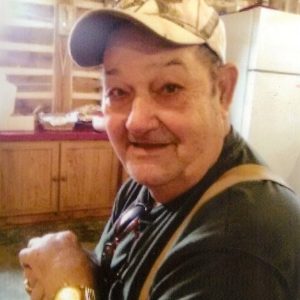 EDMONTON – Ernest Leon White, age 75, passed away Wednesday, April 25, 2018, at Vanderbilt in Nashville. Born in Tompkinsville, he was the son of the late Ernest and Maybelle Vibbert White. Leon was retired from SKF industries, a member of the Edmonton Baptist Church, Edmonton Masonic Lodge #931, Edmonton Eastern Star #470, and Metcalfe County American Legion. He was a United States Army veteran.

Besides his parents, he was preceded in death by his stepfather, Bedford (Hawk) Bryant.

Funeral services, Masonic Rites, and Eastern Star services will be held 1:00 p.m. Saturday, April 28, 2018, at Butler Funeral Home in Edmonton with burial in the Metcalfe County Memorial Gardens. Visitation will be from 2:00 p.m. until 8:00 p.m. Friday and after 9:00 a.m. Saturday at the funeral home.